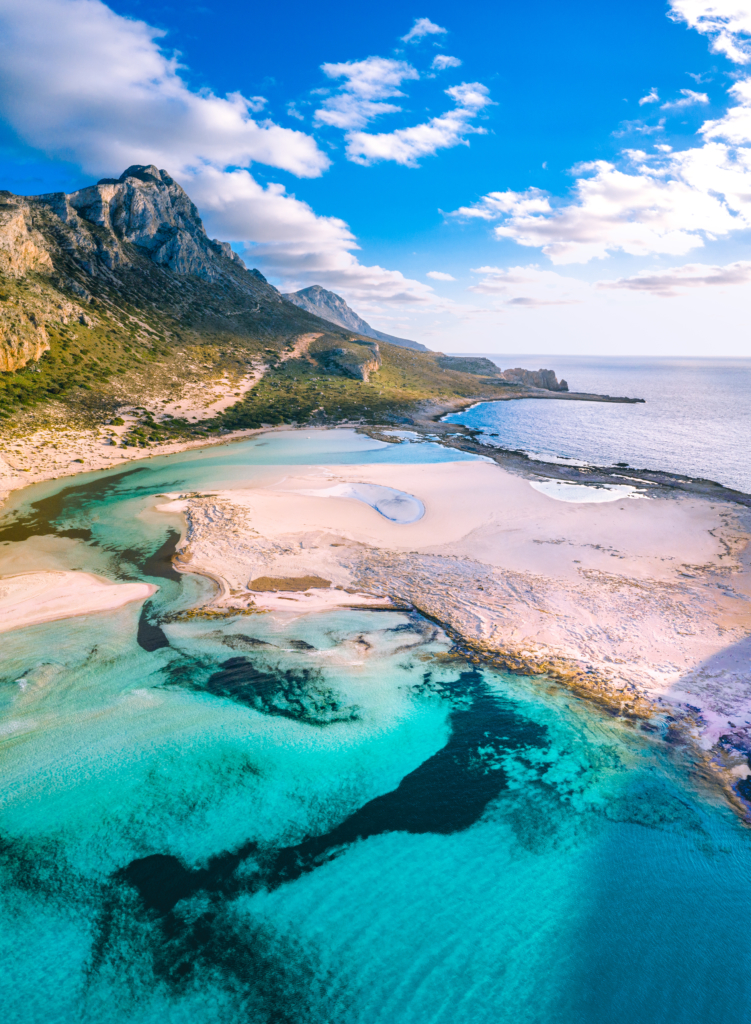 14 OF THE MOST BEAUTIFUL GREEK NATURA 2020 LANDMARKS

Greece boasts of dramatic natural wonders and bizarre formations, scattered all around the country, offering breathtaking experiences and creating memories with the wow-factor for a lifetime.
Explore the most renowned landmarks of Greek natural areas!

Melissani Cave is one of the best hidden gems of Kefalonia Island. Located near Sami, the cave’s underground lake, 20 meters below the surface, includes an islet where Pan and the nymphs took sanctuary; Melissani was the name of one of the nymphs.

Falakro or Faraklo is an impressive landscape close to the sea. It consists of many beautiful and distinctive rock formations, which are like sculptures. According to scientists, they are formed by hot lava, which was running by the nearby volcanoes and froze when it touched the water.

The most impressive crater on the island of Nisyros is called Stefanos and is one of the biggest and best-preserved hydrothermal volcanoes in the world. The crater is ellipsoidal in shape with its longest axe being 330 meters in length while its walls culminate at 30 meters. It is estimated to be 3,000 to 4,000 years old.

The region of Epirus, in the northwestern part of Greece, is home to a few stunning wonders, including a stone forest aptly named Petrino Dasos. These karstic limestone structures, located 1,500 meters above sea level, look like rock slabs stacked on top of one another, rising around oak and maple trees.

A visit to Meteora and the monasteries offer a unique perspective of nature’s grandeur in conjunction with history, architecture and man’s everlasting desire to connect with the Divine. From the early Christian times, giant sandstone rock pillars that climb up into the sky were regarded as a perfect place to achieve absolute isolation.

On the north side of Lemnos, in an area called Gomati, visitors have the chance to witness a unique and unexpected sight — a small, sandy desert. This area, which measures a little over 17 acres, is located far from the island’s many beaches and resembles a scene found in the Middle East or North Africa, not a Greek island.

One of the most famous places to see on Crete is the Samaria Gorge. This National Park is 13km long with unbelievable natural beauty. The gorge is rich with many endemic flowers & herbs with crystal clear spring water flowing from the mountains and many kri-kris, the rare Cretan wild goats.

Blue caves of Zakynthos are the most impressive scenery that the visitor of Zakynthos can see. They are located at the area called Volimes. Waters have the color of deep blue and the bottom of the sea is full of orange and purple corals. You can reach blue caves only by boat.

Giola is a natural rocky pool that is in the region of Astris. The height of the rocks reaches up to 8m from which the swimmers can dive into the clear waters. The course towards Giola is tough and you will have to walk but once you dive into the warm waters, you’ll understand that the trip was so worth it.

You may not be aware that the world is filled with heart-shaped islands and that Greece has its own. Right off the coast of the island of Sapientza, in the Messinian Gulf near the town of Methoni, Kardia Island is a rocky islet shaped like a heart.

The gorge of Polylimnio waterfalls is a paradise on earth and one of the hidden gems of the Peloponnese. Polylimnio means many lakes and this is exactly what you discover. There are numerous fresh-water lakes in many levels with aqua blue waters created by spectacular waterfalls.

In the northwestern part of Kimolos, there is a giant stone mushroom, “Skiadi”, as the residents call it. It is a true monument of nature, located in the middle of a barren plateau with wonderful views: it embraces the southwestern and the western coasts of the island (Ellinika, Mavrospilia, Athinias) and a big part of Milos.

Drakolimni is the name of several alpine or sub-alpine lakes in northwestern Greece Epirus region: the ones in mountain Tymfi and Smolikas are the most widely known. According to local folktales the lakes used to be inhabited by dragons that fought each other by throwing pines and rocks and thus created the peculiar landscape and gave their names to the lakes.

From tiny, beautiful islands and pristine beaches to vivid cities and historical monuments, all you wish for is here.

Kastelorizo is the first coronavirus free Greek island as all of its 500 inhabitants are successfully vaccinated.

As summer 2021 is loading, we are here to present to you a little exotic heaven on earth, Lichadonisia. A real isolated green sanctuary in Greece for all island-hopping lovers and adventure seekers.

READ MORE
Destinations
THE 15 PERFECT ISLANDS FOR 2021 ACCORDING TELEGRAPH

A Greek island holiday sounds like just the tonic after the bleakest of winters. Who could possibly turn down a week of reliable sunshine and simple but delicious food served in rustic seaside tavernas?

The city of Rethymnon has received the “Bike Friendly” seal by NatTour and the Hellenic Society for the Protection of Nature.

Our insider guide to the best beaches of the island of Crete: where to head for swimming, sunset-admiring and sun-bathing.