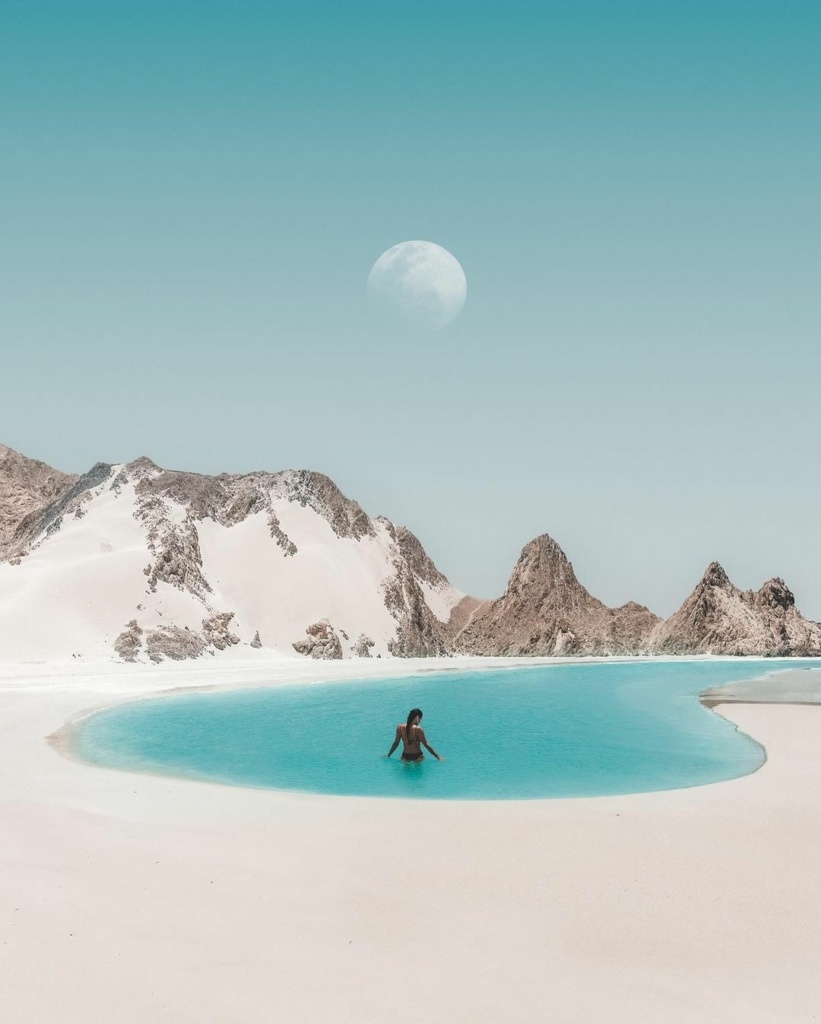 Arenal Volcano is the most impressive and well-known one in Costa Rica, found in the Arenal Volcano National Park, approximately 90 km northwest of San José, in the province of Alajuela. The Arenal Volcano measures over 1,600 meters high and is symmetrically cone-shaped, with a diameter of 140 meters.  Until recently, it was Costa Rica’s most active volcano, averaging 41 eruptions per day.

The enormous and colorful landscape of the Grand Canyon in Arizona offers a breathtaking view unlike any other in the world. Most visitors explore the South Rim of the Canyon and spend time taking in the impressive view. Grand Canyon offers multiple hiking trails, while visitors can also enjoy a helicopter tour of the area.

Great Belize Blue Hole is a large underwater sinkhole near the center of Lighthouse Reef, off the coast of Belize. The Blue Hole has an almost perfectly cultural shape and is one of the largest formations of its kind in the world. The Blue Hole, part of the UNESCO World Heritage Barrier Reef Reserve System, is one of the best scuba diving destinations worldwide.

Meteora is an extensive region located in central Greece, near the Pindos Mountains. It features a collection of gigantic rocks home to a series of medieval monasteries, some of which are still in operation. This UNESCO-listed region boasts spectacular sights, incredible nature, and a mystic atmosphere. Stay in Kalambaka, the little village at the foot of the rocks, and take the time to explore the region. Visit the monasteries along with the surrounding area, where you can experience the natural beauty of central Greece.

Roam around Great Belize Blue Hole that ranked as the #1 most amazing place on Earth, by Discovery Channel.
Mount Everest, Nepal

Mount Everest is the peak of the Himalaya Mountain and the tallest mountain in the world, with an elevation of over 8.800 meters. It is located between Nepal and Tibet and is one of the most popular destinations for mountaineers. Visitors can enjoy the Everest wonder by visiting Everest Base Camp, the departure point for climbers.

The Sahara Desert, also known as the Great Desert, is the largest hot desert in the world, covering an area of 9.2 million km2, approximately the size of the USA. Visiting Sahara is a wonderful experience for adventure seekers and nature lovers!

On the northern coastline of the Ionian island of Zakynthos, near the famous Shipwreck Beach, visitors can explore the Blue Caves, a series of underground waterways cut into the coast. While you may think that there is nothing unique about these sea caves, the fact that anything inside of them can take on a striking blue glow might seduce you; this fascinating feature is due to the light refracting against the rocks. Whether you opt for a boat tour or hire your own, you will undoubtedly enjoy going through the naturally formed tunnels and may even be lucky enough to swim in the waters before another boat tour arrives.

With sustainability continuously gaining ground and individuals becoming more aware and concerned about their impact on the planet, 10 major trends are shaping eco-travel and contributing to taking concrete steps to conserve the environment and improve the well-being of local communities at their destination.

Grow, harvest, prepare & share for more sustainable way of living! The goal of the project is to practice sustainable food production and create a learning environment.

From eco-friendly design and construction to working closely with the local communities, these 7 hotels leading responsible travel.

If you’re looking for bizarre creatures that defy explanation, there is no better place to look than the deep sea.

October can be many things. It can be the dreamy scent of bonfire smoke on restorative air; pumpkins on porches; or blazing leaves.

There is nothing quite like sitting on the bow of a ship with the wind blowing through your hair and the sound of the surf crashing against the hull. Fortunately, there are plenty of great places for adventurous travellers to experience this feeling for themselves.

READ MORE
Lifestyle
INTO THE FESTIVE MOOD OF XMAS MARKETS

When summer and Halloween are over and days are getting shorter, get ready for Wham, Glühwein and Lebkuchen. Christmas is the most wonderful time of the year and Christmas markets, found in towns large and small, near and far are one of the best ways to escape your everyday life.

READ MORE
Lifestyle
THE TOP 10 CABINS FOR A WINTER GETAWAY

Winter is here for good and there are incredible places you could spend it. Here are 10 jaw-dropping retreats where the dream becomes a reality.

That warm feeling of being surrounded by your loved ones over dinner and surprising them with a delicious homemade Christmas recipe. It’s priceless.