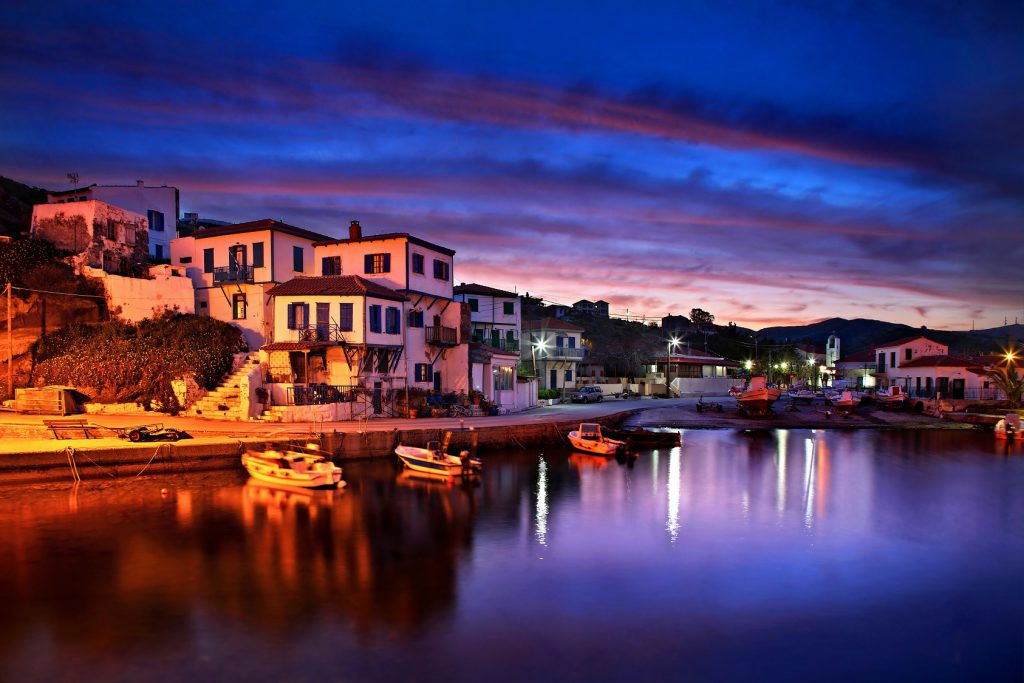 A tiny, uneven triangle shaped island on the edge of the northern Aegean Sea is no less than a green paradise piece on earth. Agios Efstratios (Ai Stratis to the locals) is just 43 km2 and it was named after Saint Eustratius, who lived on the island in the 9th century as an exile. With a population of approximately 300 people, Ai Stratis is a pure, isolated and quite place.
Greek Center for Renewable Energy Sources (CRES) is going to enable Ai Stratis, to have its own heating system based on renewable energy sources
The island of Ai Stratis is expected to be the first Green Island in Greece with at least 85% of its energy consumption coming from Renewable Energy Sources (RES) generated by wind and photovoltaic systems. The interventions planned in the island refer to electricity production, transport means, energy saving and coverage of thermal and cooling loads in buildings using renewable energy. A large turbine will be installed along with the photovoltaic park to produce electricity whose surplus will be converted into thermal energy, then stored into energy tanks and with a new heating network construction will provide heating of island’s buildings and houses. The study of the project has been undertaken by the West Macedonia Development Company (ANKO), funded by the National Strategic Reference Network (NSRF) 2014-2020 as part of a pilot program of the Renewable Energy Center (CRES). The budget of the project “Ai-Stratis – Green Island” will be 5 million euros, while the construction of the heating network will cost 1.5 million euros.
A volcanic island with rare geological formations, pristine seashores and oak forests.
The beautiful island of Ai Stratis is a small paradise offered for vacations with incredible moments of relaxation. The sole hamlet of the island lies in the verdant valley formed from two dried riverbeds, which used to be the fruit gardens of the inhabitants until the earthquake of 1968. It will only take you a few days to discover the courtesy of the locals, their kindness as well as their communication skills. They will take the time to describe you the volcanic grey beach with its warm waters and they will take you to Alonitsi, the retreat-beach with its islets a stone’s throw away. From the beautiful harbour, next to the fishing boats, set sails for an island tour and for the beaches, which are not accessible by land, such as Agios Dimitrios, Trygari, Trypiti, Ftelio, Gournias and Lydario. The Mediterranean seal, Monachus monachus, also finds here its ideal refuge haven, in the sea caves of Ai Stratis. Moreover, you should not miss the chance to see the ruins of the ancient city on the hill of Agios Minas, the churches of Christos, Agios Nikolaos and Agios Vasileios (built in 1727).
Sport
THE BEST KITE SURFING EXPERIENCES ALL OVER THE WORLD

If you find lying on a beach to be dull and you’ve exhausted all your other “extreme” options, then it’s time to think about a kiteboarding vacation. Thinking about taking up surfing? There is no better way to learn and progress fast than by joining a kitesurfing camp! Here, we have gathered for you the best kite surfing experiences to explore around the world!

Drawing inspirations from a floating lantern, Apple opened its store in Singapore’s Marina Bay that sits directly on the water.