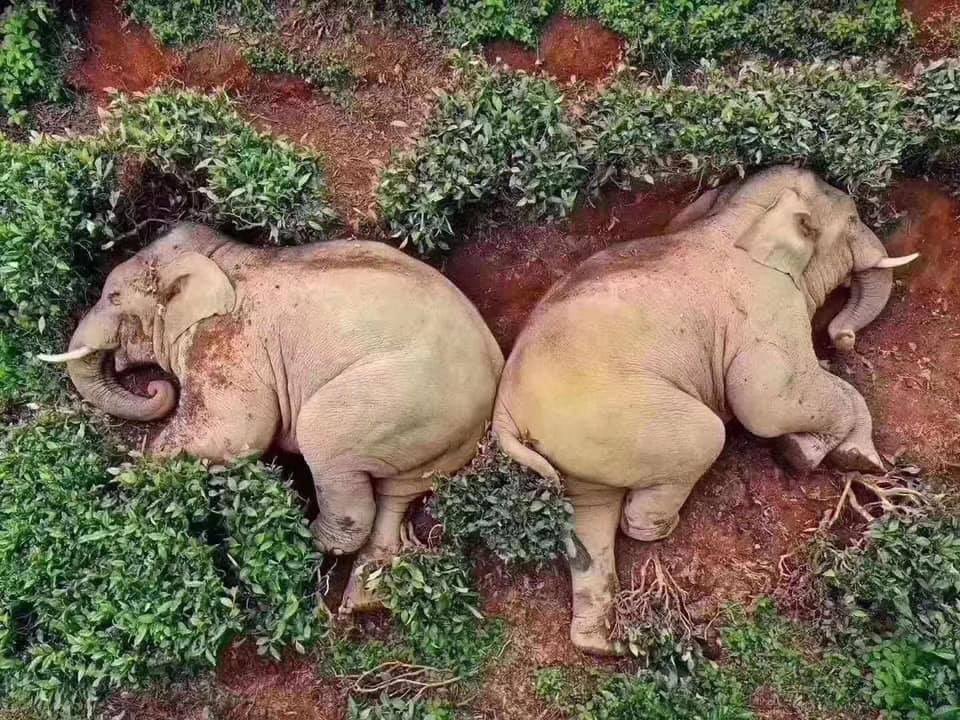 Lockdown hasn’t been all bad. Sure it was an unprecedented and unexpected situation, but there have been some positives to come out of this new status quo, like Zoom support group meetings, communal claps for the healthcare workers and of course the tales about animals taking advantage of the drop in human activity to have a wonderful time.
From Paris, France to Mumbai, India, groups of animals including sheep and flamingos have started to come out to explore this new world in search of food or just to play.
The famous Kashmiri goats of Llandudno have been tempted into a Welsh seaside town since it was so calm and peaceful with its residents in lockdown. The animals have taken the opportunity to run riot around the town’s empty streets and some even helped themselves to garden flowers and hedges.

In Thailand, a herd of 30 dugongs was caught on camera swimming in the Hat Chao Mai National Park where tourism has ground to a halt. The dugong, also known as sea cow, is classed as a vulnerable species and can often fall victim to fishing nets or suffer due to water pollution.

Flamingos are not a brand-new sight in Mumbai, India but during the lockdown there were record numbers of the pink birds around the city. It is estimated that there has been a 25% increase since last year, due to lower human activity and construction work in the area.

Strange as it seems, Pelicans are not actually a usual sight near Buckingham Palace in central London. The huge birds first arrived in 1664 as a gift from the Russian Ambassador and they have been living in St James’s Park ever since. They tend to stick to the green space itself, though recently, with the city being unusually quiet, they have been a little bolder and started strolling around the nearby buildings.

In Paris, streets and parks had never been so empty of human presence and though wolves did not arrive at the gates of the capital, cormorants, ducks, and foxes took advantage of the quiet capital.

“Wild boars take over Haifa as residents stuck inside” said one month ago the headline in Israeli newspaper Haaretz. Boars were seen snuffling and foraging for food around the city of Haifa before the pandemic, but the absence of humans has encouraged them to go much further.

At the same time, there were also reports of wild boars descending from the mountains and hanging around in the center of Barcelona, Spain.

The truth is it might have taken us humans a while to get used to life in lockdown, but the lions in South Africa have adapted quickly. Usually, this pride of big cats is not spotted anywhere near the tourist haunts, but a ranger recently snapped them snoozing like a bunch of tame tabbies on the traffic-free tarmac near what was until recently a busy camp for visitors on safari.

While humans were not allowed to explore California’s Yosemite National Park during the crisis the resident animal population was free to do what they wish. According to one of the park’s rangers the bears were practically having a “party” exploring area usually full of visitors!

Last but not least, 14 elephants in the Yunnan province in southwest China in search of corn and other foods stumbled upon 30 litres of corn wine and proceeded to consume every drop. The animals were later found drunkenly passed out in a nearby tea garden…

Once we return to the new normal, we should never again forget the signs of nature…
Taste
DELIGHTFUL ROSE WINES FOR AUTUMN