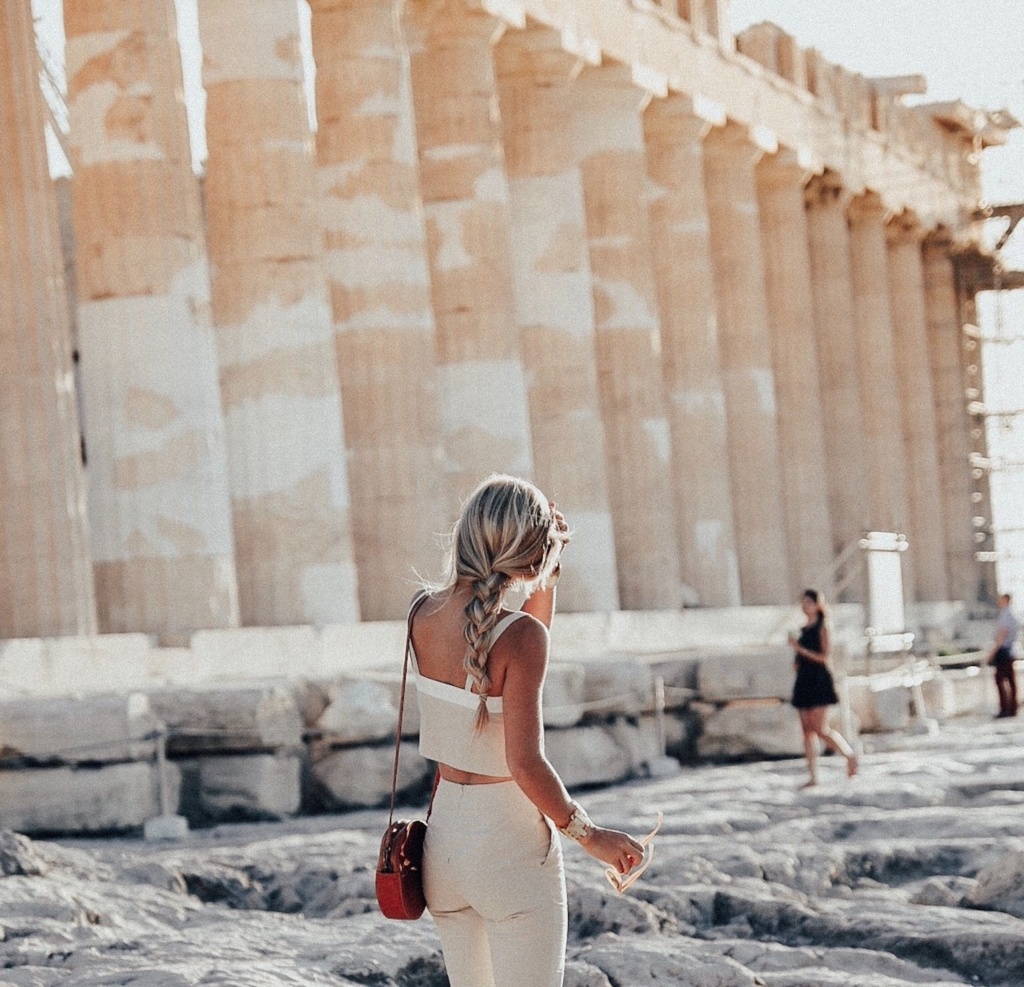 The history of Athens is one of the longest of any city in Europe and in the world. Named after Athena, goddess of wisdom and knowledge, Athens has been continuously inhabited since the Bronze Age and is generally considered to be the cradle of Western civilization. Whether you have one, two, or more days in this city, here are the top of Athens cultural gems.
Visiting Athens is like taking a step back in time, a wonderful history lesson that is great for all ages.

The Αcropolis
Rising up from the center of Athens is the Acropolis, a fortified limestone plateau that is topped with the Parthenon and several other historical monuments. This is ancient, iconic Greece, the place where philosophers questioned the universe, democracy and freedom of speech were born, and temples were built to honor the gods. The term “acropolis” refers to the fortified hill. Sitting on and around this hill are several very important sites. The Parthenon is the most famous, but there is also the Temple of Athena Nike, the Erechtheion, the Odeon of Herodes Atticus, and the Theater of Dionysus.

Ancient agora & temple of Hephaestus
The Ancient Agora is an archaeological site located near the Acropolis. For 5,000 years, this area was used as a marketplace, gathering place, and residential area. The ground of this large site is littered with the ruins of buildings and walkways. However, there are two important places to visit (the Temple of Hephaestus and the Stoa of Attalos).

Plaka
Plaka is a neighborhood in Athens that stretches from the Acropolis to Syntagma Square. This is one of the best spots in Athens to go shopping. Ermou Street is a pedestrian street lined with popular stores. The older and more interesting streets are located closer to the Acropolis. The Anafiotika area is a charming, older section of Plaka with narrow, photogenic streets and picturesque shops.

Monastiraki square
This is a bustling, busy spot in Athens. It’s located in the heart of Athens, near Hadrian’s Library, the Ancient Agora, and just a short walk from the Acropolis.

Mount Lycabettus
For a sprawling view of Athens and the Acropolis, walk or take the Lycabettus Cable Car to the peak of Mount Lycabettus. From here, you get to see just how big this city is, with the Acropolis proudly rising up in the center from the low, white buildings. In the sunlight, this city literally sparkles.

Local Secrets
A TRIBUTE TO THE FINEST BEACHES OF RHODES

Here are our 7 favourite beaches on the island that no one should miss while staying on the cosmopolitan Rhodes!

Greatly inspiring and ruggedly beautiful, Samaria or the Samaria Gorge, Crete’s most stunning canyon offers those who traverse it an unforgettable experience.

If you are a fan of long sandy beaches then you will love Kos with its endless treasures and natural beauty.

Kos is undoubtedly one of the best Greek islands for non-drivers! If you are looking for an affordable and scenic way to explore the island, cycling is a great idea.

READ MORE
Destinations
THE MOST ROMANTIC GETAWAYS FOR 2 IN GREECE

Are you planning a honeymoon, anniversary or maybe just a much-needed break with your other half? If so, you’ll love our 5 most romantic getaways in Greece.

READ MORE
Local Secrets
KOS IN A BLINK OF AN EYE

With endlessly long beaches, fantastic food, bicycle lanes and an ancient healing centre, Kos is like no other island in the Aegean.

Returning for its 3rd year, the Street Food Festival of Heraklion will bring out the flavours of popular Cretan cuisine!

With a varied geography, ideal Mediterranean climate and its many beautiful islands, Greece is the perfect place for ecotourists around the world.

On the fringes of the Dodecanese, this tiny island is fiercely Greek and infinitely hospitable. Welcome to the magic of Kastelorizo!

Found at the heart of the Dodecanese islands, the location of Rhodes is ideal for exploring nearby destinations for a day trip.