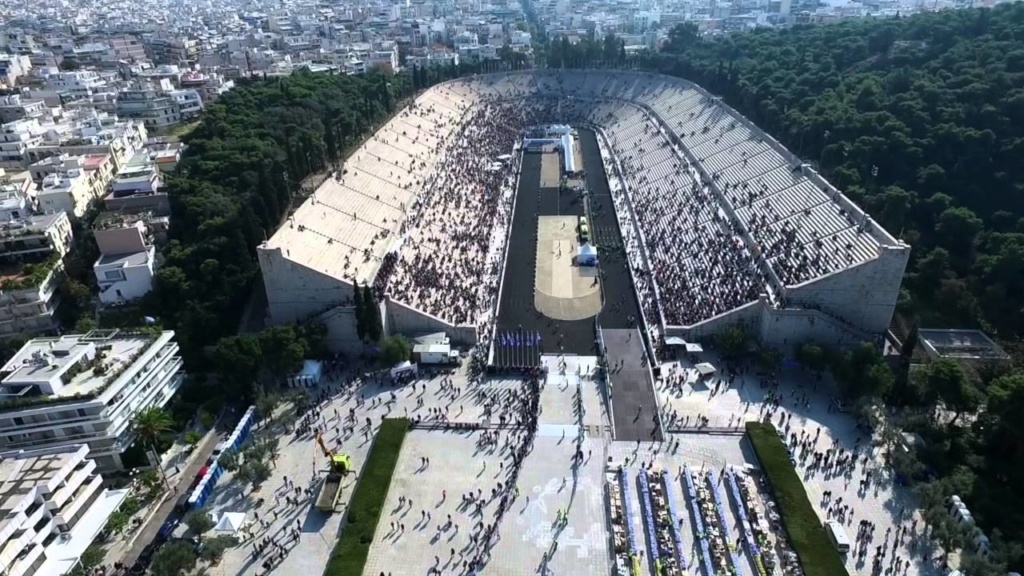 The Marathon run is a well-established event in the Olympic Games and the world Athletics Championships. Every year, many National Track and Field organize their own annual international Marathon Races, many of which are more than just a professional sporting event, as they involve not only hundreds of professionals, but also thousands of amateur racers, who flock together not only for the sport, but also for entertainment and tourism.

The Athens Marathon, the Authentic Marathon, is not just a sporting event, a hard race, or a tough course of 42,195m.

The Athens Marathon is a bridge that incorporates legend into history, showcases the strength of human will, is a fountain of values, of social liability, environmental sensitivity, friendship and solidarity.
37th Athens Authentic Marathon 2019

One of the largest sports, cultural, and tourism events, the authentic Athens Marathon Run is taking place every 2nd Sunday of November. On November 10, the 37th Athens Authentic Marathon and its parallel runs took place in Athens, with the participation of a record number of 60,000 runners from more than 110 countries. Runners came to the Greek capital and flooded the streets and avenues of Attica to compete in the classical 42.195-kilometer route, as well as the 5km and 10km races, along with other, shorter races organized for children and people with special needs.

Approximately 20,000 people participated in the Marathon route itself, with the rest 40,000 taking part in other, shorter routes. Thousands of spectators went to cheer along the finish line.
Kenyan runner John Kipkorir Komen, 42, won the 37th Athens Authentic Marathon on Sunday. Kipkorir Komen arrived at Panathenaic Stadium after clocking 2 hours, 16 minutes and 34 seconds. Nearly 600 meters before the end, he passed Ruanda’s Felicien Muhitia (2:16.43), while Kostas Gelaouzos, of Greece, came third with 2:19:02. Gelaouzos is Greece’s top Athens Marathon runner for third time in a row. Greece’s Eleftheria Petroulaki won the women’s race in 2:39:00, finishing 35th overall.
Every step is a dip in the centuries. Every breath is a personal transcendence. Every struggle towards termination is a small personal victory: this is the marathon race, the toughest and most demanding of the Olympic Games events.
The Athens Marathon Race, also known as the “Classical” or “Authentic” Marathon Race, as it is carried out on the exact route that Pheidippides, the first marathon runner of history had covered, is a 37-year-old event which, from 2004 Athens Olympic Games onwards, records a constant increase in participation and is today considered one of the world’s leading Marathon Races. The marathon course is based on the myth from which the race gained its name: Pheidippides, a messenger in Ancient Greece ran from the Battle of Marathon to Athens to announce the Greeks’ victory over the Persians. The Marathon Races of London and Boston have also created their own tradition, while the list of the most popular Marathon Races is complemented by the games of New York, Chicago, Stockholm, Berlin, Paris and Rotterdam.
Culture
INSPIRATIONAL BOOKS TO READ BY THE SEA