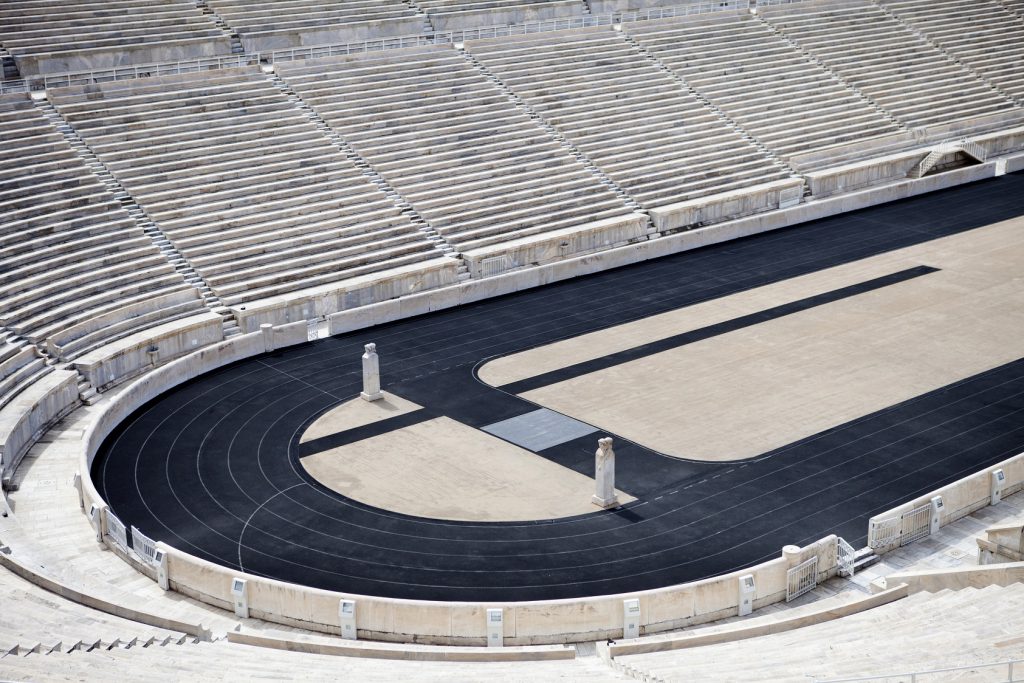 The Marathon run is a well-established event in the Olympic Games and the world Athletics Championships. Every year, many national field and track federations organise their own annual international Marathon Races, many of which are more than just a professional sporting event, as they involve not only hundreds of professionals, but also thousands of amateur racers, who flock together not only for the sport, but also for entertainment and tourism.
Every step is a dip in the centuries. Every breath is a personal transcendence. Every struggle towards termination is a small personal victory: this is the marathon race, the toughest and most demanding of the Olympic Games events.
The Athens Marathon Race, also known as the “Classical” or “Authentic” Marathon Race, as it is carried out on the exact route that Pheidippides, the first marathon runner of history had covered, is a 36-year-old event which, from 2004 Athens Olympic Games onwards, records a constant increase in participation and is today considered one of the world’s leading Marathon Races. The marathon course is based on the myth from which the race gained its name: Pheidippides, a messenger in Ancient Greece ran from the Battle of Marathon to Athens to announce the Greeks’ victory over the Persians. The Marathon Races of London and Boston have also created their own tradition, while the list of the most popular Marathon Races are complemented by the games of New York, Chicago, Stockholm, Berlin, Paris and Rotterdam.

The Athens Classic Marathon began in 1972 as a joint venture between the Greek tourist board and athletics association. The race came under the auspices of the current organisers and SEGAS (the Hellenic Athletics Federation), in 1983 and has since become a major race, being awarded Gold Label Road Race status by the IAAF.

One of the largest sport, cultural, and tourism events, the authentic Athens Marathon Run is taking place every 2nd Sunday of November. On November 11, the 36th Athens Authentic Marathon and its parallel runs took place in Athens, with the participation of a record number of 55,000 runners from 106 countries. A record 18,750 runners from 100 countries started the race Sunday morning.

Brimin Kipkorir from Kenya has won the 36th Athens Marathon with the 3rd best ever time, clocking at 2:10:56. Two Ethiopian runners, Tiruneh Tesfa (2:12.52) and Gereme Azmeraw (2:13.20) were second and third, respectively. The first Greek runner to cross the finish line was Costas Gelaouzos, who was seventh with 2:21:54.

Τop Greek marathon runner and holder of the Panhellenic Performance, Maria Polyzou is the only woman who revived the legendary route of the runner Pheidippides Athens – Sparta - Athens - Marathon 524 km.
Lifestyle
TOP TRAVEL TRENDS IN 2020

From the rise in eco-friendly hotels to the search of authentic experiences, the world of travel has never been so awakened. Here is a look at what will be big in travel and shape the industry in the year ahead.

Take inspiration from these global customs of the first day of the year and we promise you’ll have your best year ever!

What is more exhilarating than human flight? Now consider a flight not based on technological achievements, but on pure natural energy! Kite surfing is a growing and impressive sport that compensates those seeking extreme sports thrills.

Yoga has become increasingly popular, as apart from its health benefits, it also helps you achieve inner balance. If you wish to let yourself free from negativity in your life, you need to focus on karma yoga or if wisdom is your goal, jnana yoga is probably the one to choose.

Winter storms generate bigger and more consistent swells, so it’s time to pack board bags and have fun surfing your face off!

Most of us wish we could find a way to enjoy the sun throughout the year and search for the sunniest places even when we are looking for a winter escape.