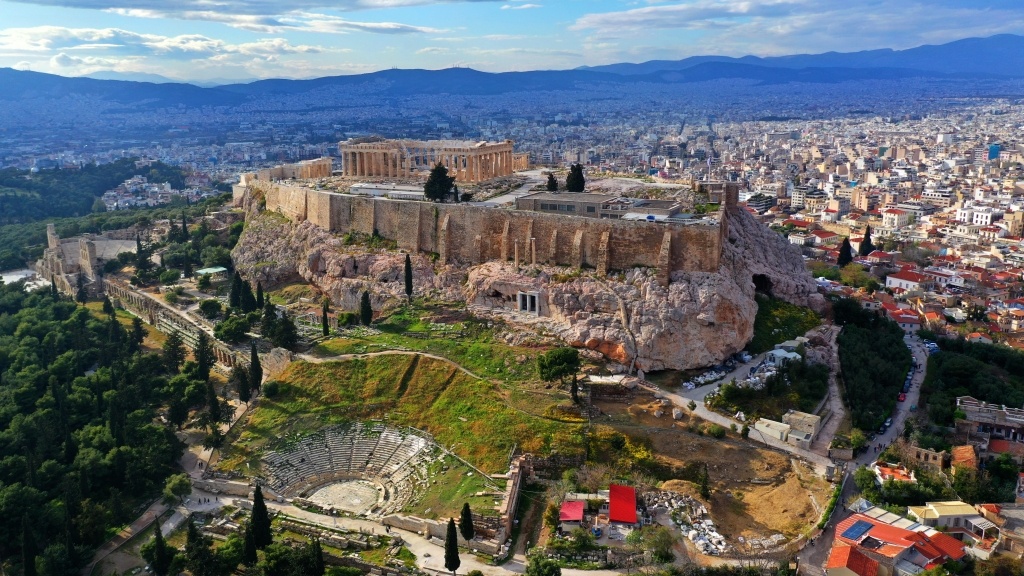 Athens Mayor Kostas Bakoyannis on Tuesday said municipal authorities were working hard to complete a series of projects across the Greek capital aimed at improving the standard of living for its residents and enhancing the visitor experience.
Α major urban overhaul of Athens that includes the redevelopment of central Panepistimiou St and Syntagma Square, city park projects, pedestrian walkways & city square and park cleanups, as well as the creation of a metro station at Exarchia Square and the revamp of Strefi Hill were moving ahead as scheduled.
The mayor said Strefi Hill in Exarchia had been abandoned for many years and that due to neglect people stopped going. Works planned for the central hill include cleaning, the installation of lighting and fire safety equipment, landscaping, and soil support to be funded by the city’s ongoing “Adopt Your City” program with a sponsorship of 1 million euros.

Bakoyannis said efforts were also being made to save the city’s last remaining mulberry trees in the largest ever urban revamp the program to take place in the Greek capital in the last decades. The mayor admitted that more than 1,300 trees have been lost in Athens or 1.5 per cent of the city’s trees reaching 30 per cent in some neighbourhoods. With regards to Syntagma Square, Bakoyannis said the last finishing touches were being made, including shade infrastructure, landscaping and fountains. Lastly, the mayor referred to several other ongoing projects including the creation of new public spaces, the revamp of Lycabettus Hill and of the National Garden and the repair of dozens of playgrounds and courts.

“We currently have 85 playgrounds in Athens. We’ve upgraded about 20, and we’re moving on to another 15 in the near future. We’re also upgrading neighbourhood courts. Of the city’s 115 playgrounds, we’ve repaired 25, and are now moving ahead to 80 more. We’ve also finished a network of 10 ‘pocket parks’ and are continuing,” said Bakoyiannis, adding that it was time residents observed the change taking place around them.

From 6 to 8 December, aiming to expand our knowledge and get aligned with the newest trends, Mitsis Hotels made its presence at Classic awards 2022 in Cyprus.

Step into a world of beauty and relaxation at the newly designed “My Spa”, operating daily within the hotel premises and featuring two treatment rooms, a sauna, a steam bath and an indoor heated pool with fresh water at an additional charge for all our guests.

Great things are coming to Mitsis Hotels and we are thrilled to present you all that is new! From our enhanced concierge services and international recreation partnerships to insightful events, we share with you what’s coming next for season 2023.

Tourist traffic from the US is expected to pick up thanks to the launch of 56 direct flights a week to Athens, set to bring more than 1 million travelers and generate 1 billion euros in tourism revenue this year.