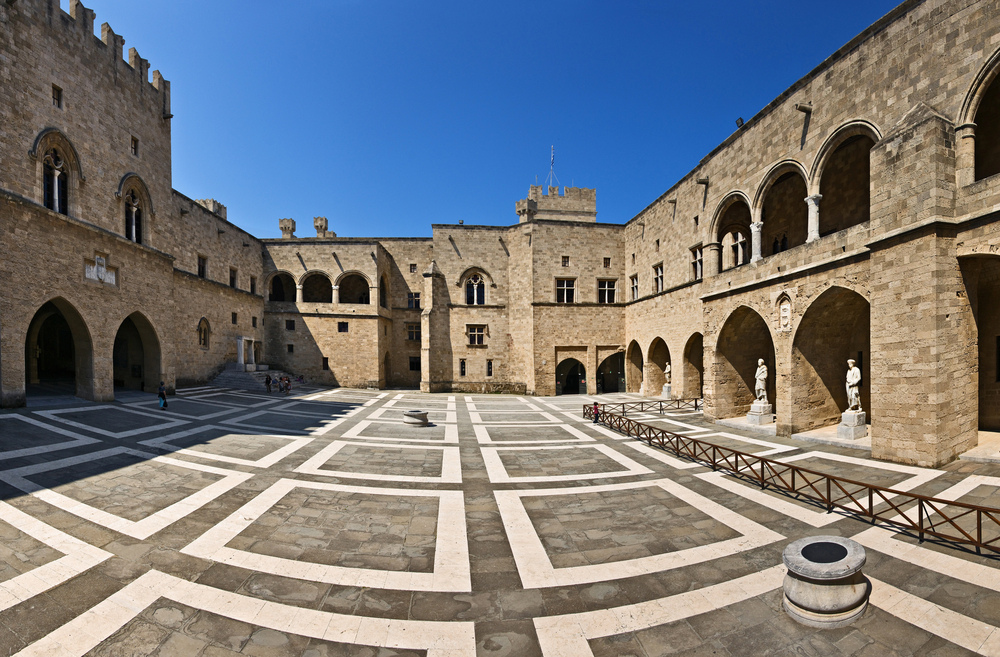 A memorandum of cooperation setting out the terms for the protection and conservation of the Medieval City of Rhodes was signed last weekend by Alternate Island Policy Minister Nektarios Santorinios; his counterpart at the culture ministry, Kostas Stratis; South Aegean Regional Governor Giorgos Hadjimarkos; and Rhodes Mayor Fotis Chatzidiakos on occasion of the 30-year anniversary since the site’s inscription into the UNESCO World Heritage site list.

The memorandum also includes conditions for the funding of projects aimed at the promotion of the medieval city. Authorities are looking to draw up a protocol that will serve as an overseeing entity as was enforced in the 1986-2004 period during which important projects were carried out on the site’s infrastructure including excavations and restoration works.

The Medieval City of Rhodes was inscribed by UNESCO as a world heritage site in 1988. At a special event marking the 30-year anniversary, experts, officials and island authorities gathered to discuss ways to safeguard the site, which according to UNESCO is facing “increasing dangers due to the tourist development and the commercial overexploitation of the property”.

UNESCO goes on to note that “the modification of land use and of building regulations require that the strategic management of the property be continuously strengthened, so that the pressure exerted on the environment and the urban fabric, including all elements from before 1912, will be minimized”.

Mitsis Hotels has been designed for every guest and traveller! Our warm-hearted yet professional staff along with our impeccable services go above and beyond the ordinary, offering to all of our guests’ moments to treasure forever.

Indoor or outdoor, private, or sharing, deep or shallow, cool or thermal, Mitsis Hotels Group offers a great variety of pools to enjoy summer to the fullest, rejuvenate, relax and dive into the hot summer days of summer in Greece! There is a pool for every taste! Umbrellas and comfortable sun beds complete the blissful pictures, inviting you to relax.

Hike, climb, cycle, surf, canoe… there are countless ways to explore Greece and our unique destinations, Athens, Crete, Kamena Vourla, Kos and Rhodes, if you’ve got a taste for adventure. But which of these pulse-quickening experiences fall into the ‘don’t-leave-without’ category? Read below our check list and prepare yourself to rediscover adventure this summer!

Built with the traditional Cretan architecture style in the area of Kokkini Hani, just 12 km from Heraklion, the hotel is a family resort, providing an ideal destination for relaxed all-inclusive holidays,Experience world-class service at Mitsis Rinela Beach Resort & Spa!

Greece features one of the richest, healthiest and most delicious breakfasts in the world. The Greek traditional products may create a tasty breakfast which will give you energy and bring you in a good mood, either on holiday or not!