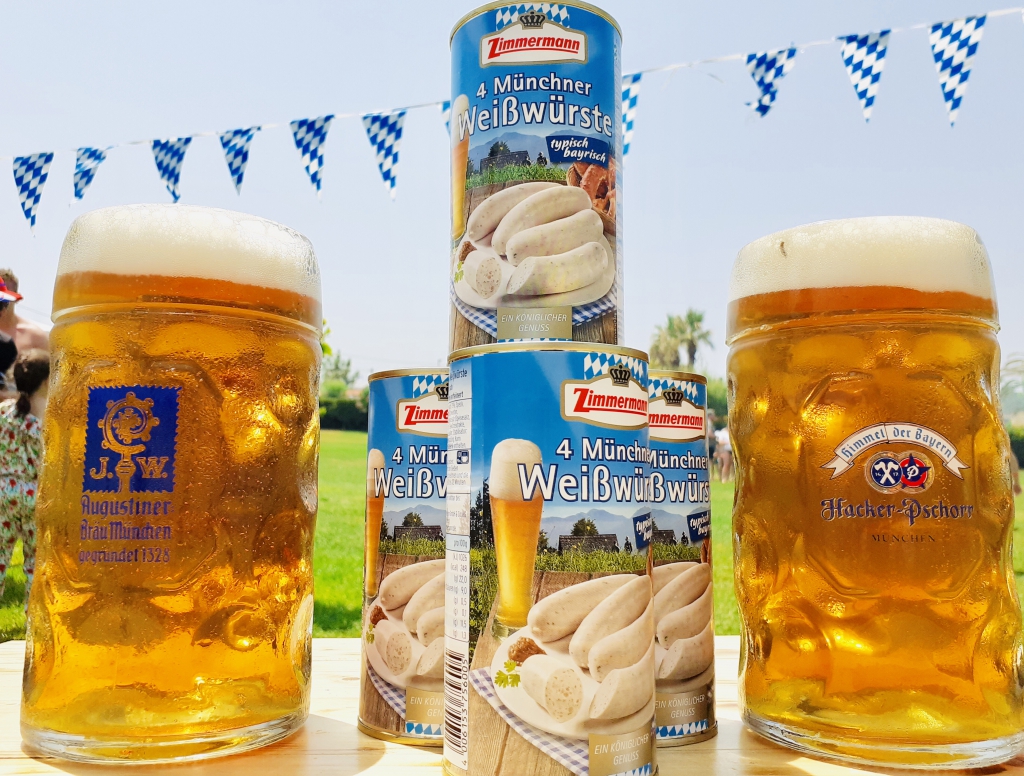 This August, Mitsis Faliraki Beach Hotel & Spa, brought a taste of Germany with its Mini Oktoberfest in Rhodes!

The celebration began at 10:30 to the Magnus Magister Brewery near Damatria with 100 of our guests. There, the team and the guests, were given a tour in the brewery and they got familiar with the entire process of how the local beer is produced. Of course, they had the chance to taste it too!

Back to the hotel, the catering team was getting ready for the BBQ with a large range of meat delicacies and salads for every taste. The BBQ was accompanied by Wurst, which is a traditional German sausage and pretzels. Alongside this salute to Oktoberfest, the hotel offered its very own beer tent supplying Magnus Magister beer served by Wayne and Ballou from the animation team.

Last but for sure not least, during the BBQ the superb tribute to the Beatles band treated our guests with the greatest songs and international hits!

A strong body and a healthy soul are your best defence! As of World Meditation Day on 31st of May, we share with you our simple yoga class to practice at home that will lift your spirit and get your fitness goals on track.