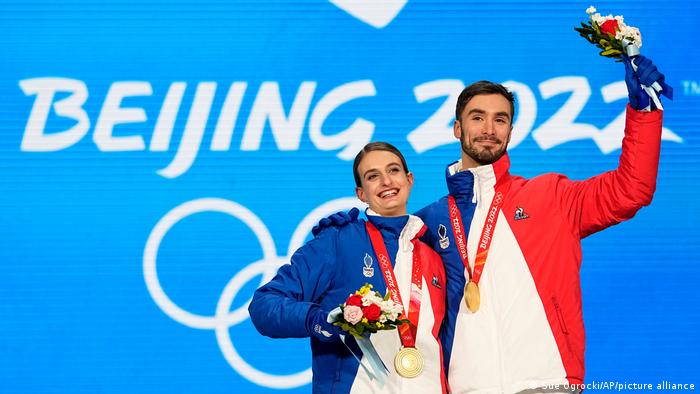 French ice dancers Gabriella Papadakis and Guillaume Cizeron claimed a new world record with a score of 90.83 in the rhythm dance section at the 2022 Winter Olympic Games in China on Saturday. Ice dance duo Papadakis, 26, and Cizeron, 27, were silver medalists at the 2018 PyeongChang Winter Olympics. They have won two Grand Prix titles, and are also four-time world champions and five-time European champions.
The French pair backed up their world-record display in the rhythm on Saturday with a near-flawless dance in the free on Monday.
Dancing to Elegie by Gabriel Faure, Papadakis and Cizeron scored 136.15 in the free dance to finish on a world-record combined total of 226.98, more than six marks clear of world champions Victoria Sinitsina and Nikita Katsalapov. Meanwhile, Germany are well-positioned in the two-man bobsleigh event going into the final day.
News & Events
9 BLUE FLAGS TO MITSIS GOLDEN BEACHES FOR 2022

Continuously aiming to protect the environment, we are honoured to receive 9 Blue Flags for beaches managed by 15 Mitsis Hotels properties. Greece ranked 2nd in the world in the number of Blue Flags for 2022.

We are concerned about the planet, continuously minimising our environmental impact and protecting the biodiversity of our destinations.

This summer live with enthusiasm at our 17 Hotels & Resorts in Crete, Kamena Vourla, Kos & Rhodes, designed for every guest and traveller.

Continuing its 45-year dynamic course, Mitsis Hotels Group adds two additional hotel units to its portfolio in Heraklion, Crete, strengthening its presence in the top Greek destination and increasing the number of its hotels from 17 to 19.

For a second year in a row, Mitsis Hotels partners with the best team in Europe, Real Madrid and offers its little guests the ultimate holiday experience with the premier kids-only Real Madrid football camp in Kos.

READ MORE
Experiences
YOUR PRIVATE NESTS AT THE EDGE OF BLISS

The high-end wooden nests are designed to offer superior moments of relaxation and spectacular 360° views over the Aegean Sea!