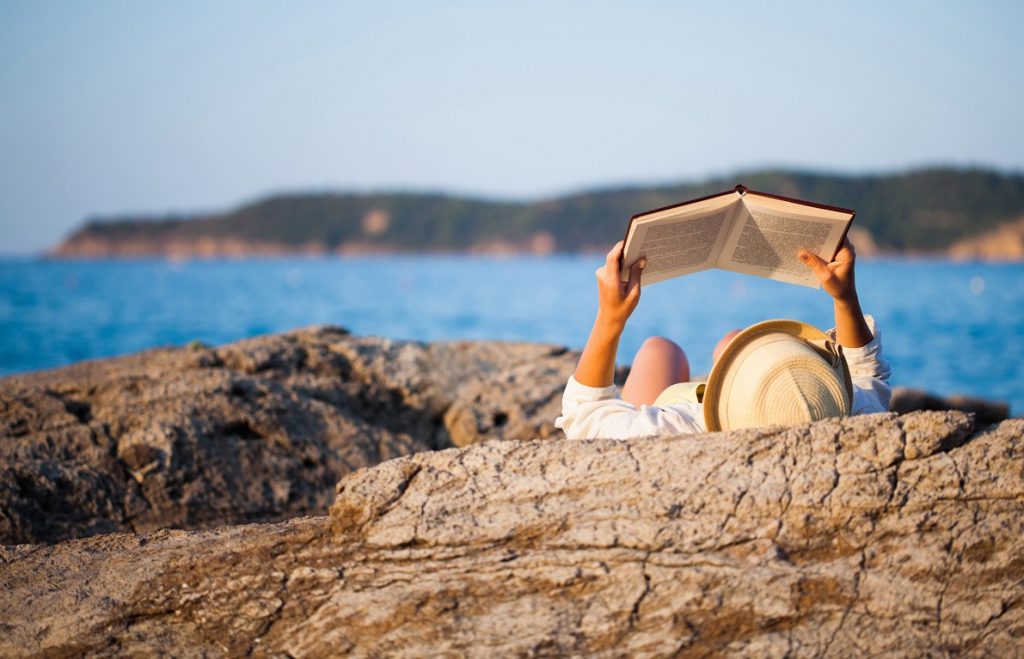 BOOKS TO READ DURING SUMMER

“Reading is like food and drink. The mind that doesn’t read loses weight like a body that is not nourished”, Victor Hugo used to say, summing up in 20 words all that a book means to human civilization.

It is common knowledge that we have all read books that have changed our view of the world, books that have made us identify with the hero to the point of rediscovering ourselves, books that we would not lend to our best friend so that he does not destroy them. Few things in life can make a man feel different emotions and one of them is a good book. Even today that the internet is tearing down everything, the turning of pages and the smell from the printing office still enchant millions of people.

This year is a mile stone for Greece and Greek bibliography.
Why 2018 is important for Greece and books? From April 2018 to April 2019, Athens has been chosen by UNECO as the International Book Capital! Events, discussions and lots of books shall parade in front of our eyes for one entire year, making us a little wiser.

Here are 10 titles that can keep us good company this summer:

Alonso Quixano loves reading stories about knights and chivalry, princesses and enchanted castles. This becomes an obsession and he starts to lose touch with reality and begins to believe that he is one of these fictional heroes.

The Great Gatsby is the story of eccentric millionaire, Jay Gatsby, who lives the high life from the profits of his minor criminal activities. The novel takes place during an era that Fitzgerald himself dubbed the “Jazz Age”.

3. One Hundred Years of Solitude by Gabriel Garcia Marquez

The novel tells the story of the rise and fall of the mythical town of Macondo through the history of the Buendía family. It is a rich and brilliant chronicle of life and death, and the tragicomedy of humankind.

4. Pride and Prejudice by Jane Austen

Elizabeth Bennet deals with matters of upbringing, marriage, moral rightness and education and although it is set in the 19th century, it remains one of the most popular books of all times.

5. The Stranger by Albert Camus

The Stranger is a fictional novel set in Algiers in the early 1940’s. It was written in 1942 and since then it has a profound impact on millions of readers.

A symbologist and a cryptologist are trying to solve a murder case that took place in the Louvre Museum in Paris and clues are hidden in the works of Leonardo da Vinci.

7. A Tale of Two Cities by Charles Dicken

“It was the best of times, it was the worst of times” This novel, set in London and Paris, tells the story of different people before and during the French Revolution.

8. The Adventures of Huckleberry Finn by Mark Twain

Huckleberry is a young boy, who runs away from home and floats down the Mississippi River. He meets a runaway slave named Jim and the two undertake a series of adventures.

9. The Grapes of Wrath by John Steinbeck

A poor family is searching for land, jobs and dignity due to the changes in the agriculture industry.

10. To Kill a Mockingbird by Harper Lee

Through the eyes of Scout Finch, we learn about Atticus Finch, an attorney who hopelessly strives to prove the innocence of a black man unjustly accused of rape. It won the Pulitzer Prize and is one of the best references to classic modern American literature.