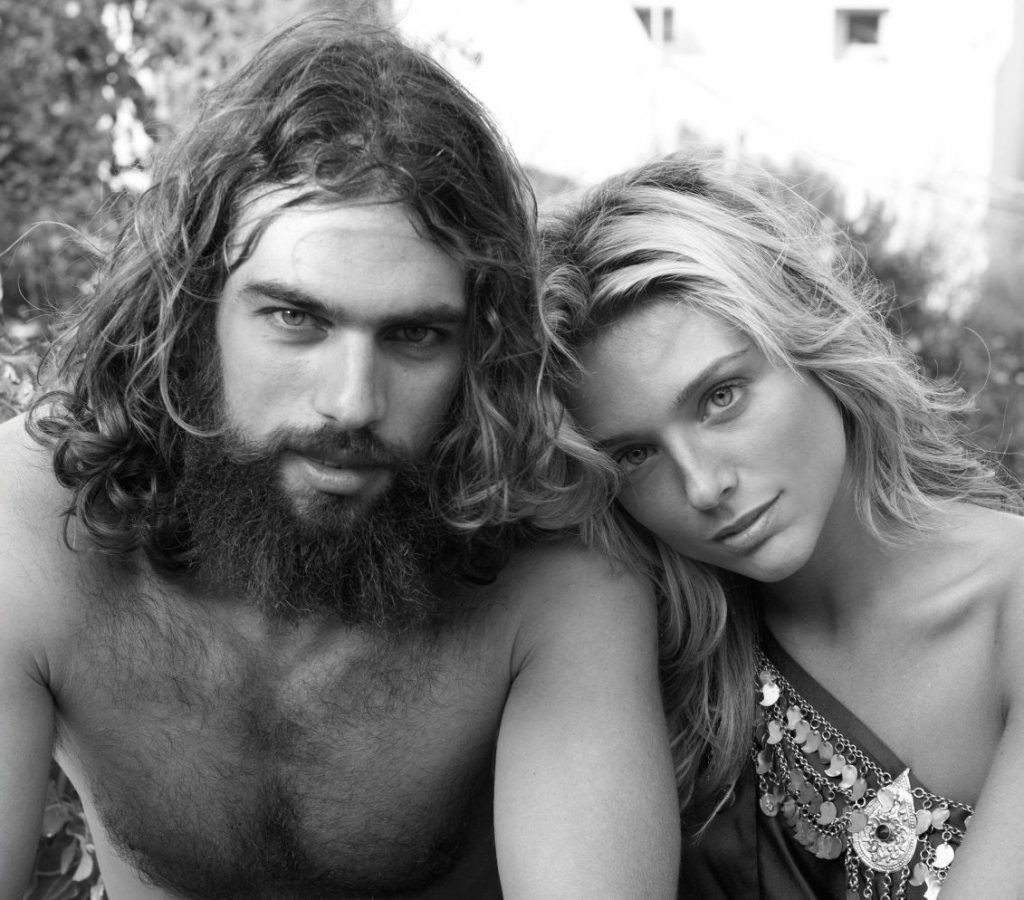 CALLIOPE
THE BLUE EYES BEHIND THE CAMERA

Having recently returned to Greece after a 25 year career working abroad in fashion photography, her second book, published in 2014 by Skira, is filled with images of Greece’s youth photographed in locations that seem to be out of time and history — or rather, in a kind of idealised Greece envisioned by Calliope, a vision so pure and close to her heart that it can only be the result of a deep love and of course a certain amount of nostalgia. Captured wearing traditional costumes or flowing Ancient Greek-style tunics and gowns, the book’s subjects are depicted under the relentless light of the Greek summer – a light that, as journalist Nicolas Niarchos writes in the book’s introduction, illuminates Greece’s past, present and the future. To further highlight the connection between the past and present, some of the photographs in the book are juxtaposed with excerpts from the Odyssey, one of the Greek language’s oldest ‘texts’, quoted from a beautiful translation by American poet Ennis Rees.

Through her project, Calliope offers us a photographic journey to the beautiful landscapes of her country, its people as well as traditions.
Her book is all about our present, not as an object in itself, but as the result of a process and a certain social dynamic. Creativity and optimism can and will be the drivers to push us forward and help us redefine our self-image on our own terms, all through the younger generation of a confused nation in search of its own voice.
People
TIME 100