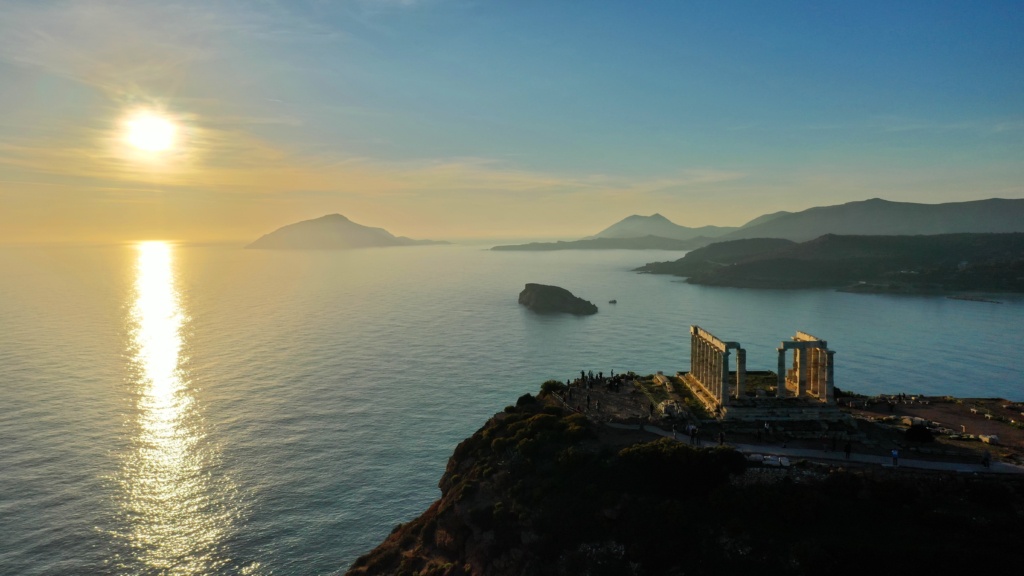 Greek mythology is a sum of fables told by the ancient Greeks to explain the existence of the world, some natural phenomena or just for pleasure, to intrigue the imagination of people. Most of these Ancient Greek myths survive until nowadays because they have been included in the works of famous ancient writers and historians. Here are some of the most noteworthy sites to visit.

Mount Olympus
Around 80 kilometers southwest from Thessaloniki, on the border between Thessaly and Macedonia, spans Mount Olympus, the highest mountain in Greece. According to Greek mythology, the summit of the mountain was the home of the 12 gods and goddesses ancient Greeks used to worship. From up here, Deus along with his wife Hera and their children were observing humans and devised their plans.

Being one of the most beautiful national parks in Greece, Mount Olympus is a populous spot for hiking and climbing!

The Temple of Poseidon
Located at Sounion, the Temple of Poseidon is just a short jaunt from Athens city center. Built in the Golden Age of Athens around 444 BC, this historic temple is one of the most impressive archaeological sites in the country nowadays. The sea has always played an important role in Greek history and locals held ceremonies and rituals before they embarked on a ship journey. Hence, comes as no wonder the notable statesman Pericles built a temple in honor of the God of the Sea, Poseidon.

Delos Island
Apart from being a UNESCO World Heritage Site, this island also holds historical and mythological significance. To escape the famous wrath of Hera, Zeus’ lover Leto came to this island and gave birth to well-known twins Artemis and Apollo. Due to these sacred births, no mortal was ever allowed to be born or to die on these lands as it is mentioned in mythology. Currently, the site is a store for invaluable antiquities that belong to the Archaic, Classical and Hellenistic periods.

Knossos & Minotaur
The ruins of Knossos have for thousands of years been standing on the island of Crete reminding visitors the power and wealth of the Minoan civilization which flourished from around 2700 BC to 1450 BC. But for ancient Greeks, Knossos was the city the notorious Minotaur lived. Minotaur was an ugly creature with the head of a bull and body of a human. His father Minos asked Daedalus to build a labyrinth to put the monstrous creature inside and he sent his enemies in the labyrinth to confront him.

Dozens of myths have been written about the people that entered the labyrinth and never managed to escape!

Ithaca
The heart-wrenching tale of Odysseus’ 10-year journey back home is mentioned in intricate detail in the epic poem Odyssey. According to this mythological poem, Ithaca was the hero’s home. After the Trojan war, Odysseus travelled back home, passing many hurdles on the way. This mystical island is now a relaxation paradise with its emerald waters and lush green surroundings.

Follow us in a 24hour tour in magical Rhodes, where beauty meets history & travel through time with our guide of amazing and traditional experiences.

From amazing attractions and fun activities, to unforgettable experiences and unique gastronomic flavors, Kos provokes to its visitors a feast of emotions.

Greece’s digital certificate came as a proposal for an EU-wide vaccination certificate will facilitate travel and ensure safety for all travellers and locals.

The country rebounds in travel & tourism! Prospective travelers have booked more summer flights to Greece than to anywhere else in Europe.

READ MORE
Destinations
SAILING INTO THE BIG BLUE OF KOS

This summer, set sail for big adventures on the island Kos and explore its endless treasures by booking your extraordinary experiences through Mitsis Concierge!

From tiny, beautiful islands and pristine beaches to vivid cities and historical monuments, all you wish for is here.