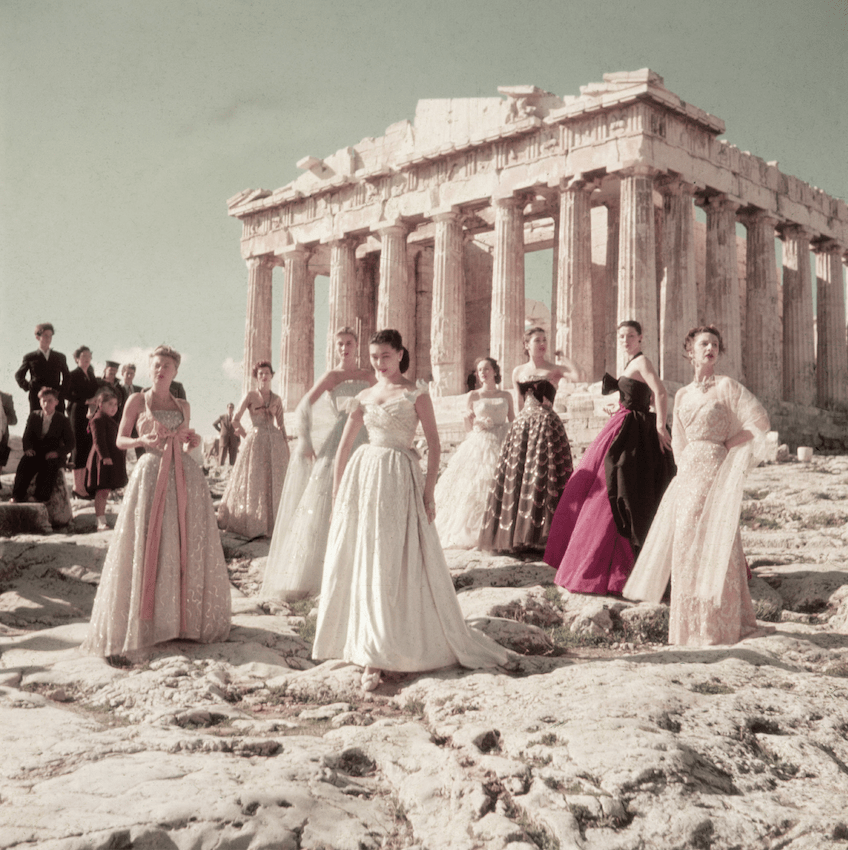 French luxury fashion house Dior will presented its “Croisière 2022” show at the Kallimarmaro Panathenaic Stadium in Athens, following the approval of its request by Greece’s Archaeological Council (KAS). The members of the Council unanimously granted a license for a photo shoot, filming and aerial cinematography, as well as the live broadcast of the runway show through the official Dior website.
Titled “Dior celebrates Greece”, the show was dedicated to the ongoing bicentennial celebrations since the Greek War of Independence, while it highlighted Greece as the birthplace of civilization.

Dior’s Creative Director Maria Grazia Chiuri selected Greece for the presentation of the “Croisière 2022” collection as a way to honor Christian Dior and commemorate the fashion house’s photo shoot for Paris Match at the Acropolis 70 years ago.

For the Croisière (Cruise) collection, Dior collaborated with Greek creators and artists with the aim to showcase their talent and traditional techniques.

KAS also approved Dior’s request to carry out photo and video shoots for its “Croisière 2022” collection at the Acropolis, the Herodion Theater, the Ancient Agora, the Temple of Poseidon in Sounion and in Ancient Nemea.

Would you like to enjoy one of our most fabulous cocktails at home after your vacation? We have you covered with our most refreshing recipes, the ‘Wild Strawberries Aperol Smash’ to recreate and taste Greek summer on a glass.

This summer live with enthusiasm at our 17 Hotels & Resorts in Crete, Kamena Vourla, Kos & Rhodes, designed for every guest and traveler, discover our broad spectrum of options and enjoy a whole new chapter of enriching experiences to create your own story.

READ MORE
Recreation
THE MOST EPIC HIGHLIGHTS FROM ‘APHETOR GAMES’

This July, the most extreme sports event ‘APHETOR’ came to shake the island of Rhodes!

For season 2021, Rinela Beach Resort & Spa, our 5* ultra all-inclusive family resort on the finest beach of Northern Crete, invites guests to indulge in the finest of Italian Cuisine at its brand-new Italian à la carte Restaurant which operates this year for the first time ever!

READ MORE
Experiences
SUITE DREAMS ARE MADE AT MITSIS HOTELS

We have created a collection of high-end accommodation, providing sophisticated amenities, a range of superior rooms and premium quality suites for the sweetest dreams of your life.

Greece is in the top 10 countries recording the highest increases in flight traffic compared to 2019. AIA also recorded an increase in flights up by 2 percent over the last two weeks but down by 17 percent against the same period in 2019.