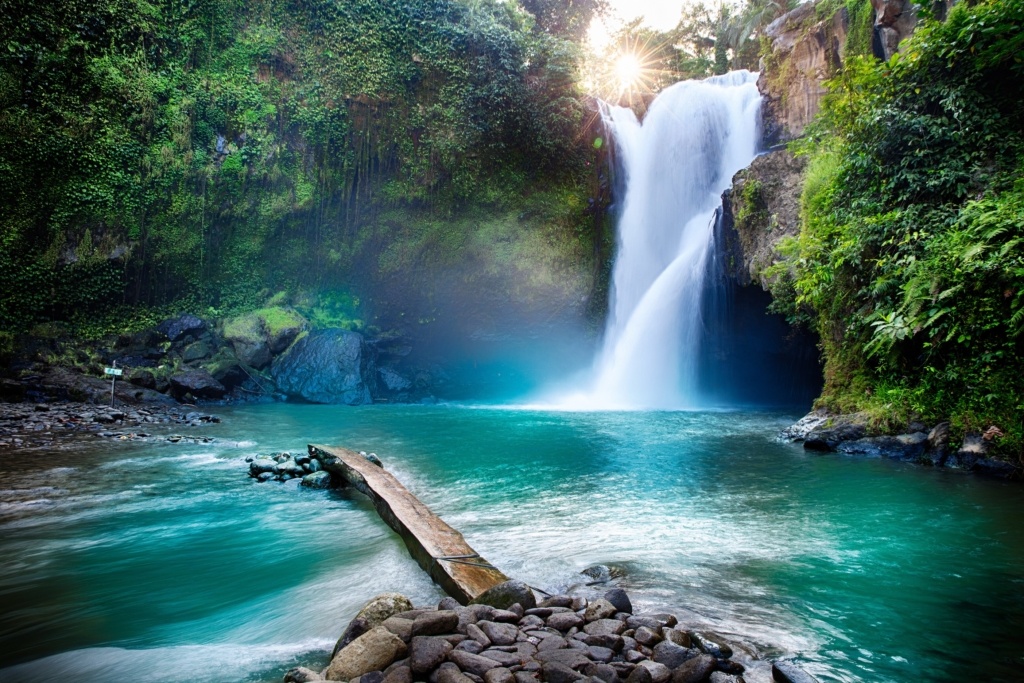 Today phytoplankton and terrestrial green plants maintain a steady balance in the amount of the Earth’s atmospheric oxygen, which comprises about 20 percent of the mix of gasses. Here, we have collected some of the world’s greenest destinations and artificial places.
Natural forests and green land surfaces are valuable for our planet, our existence and wellbeing!
Amazon

The Amazon is a vast region that spans across eight rapidly developing countries: Brazil, Bolivia, Peru, Ecuador, Colombia, Venezuela, Guyana, Suriname and French Guiana. It is also known as Amazonia or the Amazon Jungle. Wet tropical forests are the most species-rich biome, and tropical forests in the Americas are consistently more species-rich than the wet forests in Africa and Asia. As the largest tract of tropical rainforest in the Americas, the Amazonian rainforests have unparalleled biodiversity. One in ten known species in the world lives in the Amazon rainforest. This constitutes the largest collection of living plants and animal species in the world. Orellana derived the name Amazonas from the Amazons of Greek mythology, described by Herodotus and Diodorus.

It’s one of the most recognizable scenic views in Japan. This otherworldly grove located on the outskirts of Kyoto has green bamboo stalks that tower overhead, creating an endless green vision that is nothing short of magical. Most of bamboos in this forest is 5 to 10 metres high though some of them reach up to 20 metres. The grove has approx. 200 metres long walking path cut through the forest where visitors can enjoy a pleasant walk. The path is located between Tenryuji Temple and Okouchi Sanso Garden, which are also both popular tourist attractions.

Hunan is a province located in the south of central China, covering an area of 82 sq. miles. Worth mentioning is that 80 percent of the area is covered with mountains and hills. The name means south of the Lake and the stretch of water referred here is Lake Dongting, the second largest lake in China. There is plenty to see in Wulingyuan, from national parks to sandstone pillars, gorges, streams, waterfalls, ravines and caves. The mixture of mountains and water in Hunan makes it perhaps the most beautiful province in China. The region has been a major centre of agriculture for thousands of years, growing tea, rice and oranges.

Slovenia has everything from waterfalls and mountains to clean cities and a stunning Venetian-esque coastline. The country’s capital, Ljubljana, won European Green Capital in 2016, and with good reason! Its citizens are so proud of their city that they all make a conscious effort to protect it. In fact, Slovenia’s tap water is some of the cleanest in Europe. Slovenians are so proud of it that they want everyone to have access to it – for free! You’ll find public drinking fountains throughout the city, operating from April to October free of charge. The city has made great efforts to make its transport as eco-friendly as possible. Most people get about by foot or bike but you can also make use of the urban electric train or buses run on natural gas.

Can such a densely populated city-state really be green? Surprisingly, yes! This city hasn’t got a lot of room on the ground for green space. So they came up with an incredible solution – sky gardens! Marina Bay has a 100% greenery replacement policy, meaning that developers must replace greenery displaced by buildings, and visiting there is like stepping into the future. There really is no other place in the world like it.

Cover Story
WE ARE ALL IN THIS TOGETHER

At times like these, while we are forced to be apart, our shared humanity and acts of kindness all over the world have never been more evident. Together we are strong and we can do more!

Until we welcome you back, dream away! All is in place to keep your well-being top of mind. There are so many journeys ahead of us but right now your Summer Stories can wait for a while… Till then, stay safe!

Being on the march means to make progress, to move ahead, to reach new heights. Either you call it self-improvement, professional development or financial growth, it’s the way to keep going and becoming better.

A wonderful journey of living and loving each moment could be the meaning of a healthy life. Once you learn to accept every flow and appreciate each small moment, you will love life to the fullest! Just be the best version of yourself!

A brand-new year has finally arrived and now that the celebrations are almost over, it is time to make this year’s resolutions. 365+1 new days of million opportunities to seize and thousands of stories to create!

READ MORE
Cover Story
GET INTO THE HOLIDAY SPIRIT!

It’s the most wonderful time of the year and sooner or later you will get into the holiday spirit! Let the sense of wonderment fill your holiday moments and get started with the following tips.

READ MORE
Cover Story
MICE AND TOURISM AROUND THE WORLD

With this industry being extremely dynamic, MICE trends continue to shift gears every now and then and as 2019 heading to its finale, we figured out this year’s hottest MICE trends.

READ MORE
Cover Story
MAKE THE MOST OF YOUR FAMILY HOLIDAYS

Family holidays, either travelling with your parents or your little kids should be fun, carefree, relaxing and bonding. A happy holiday matters to our mind, body and soul wellbeing!

What is that makes summer in Greece unforgettable? The great weather, August’s breeze and the island vibes are for sure highlights… But it’s the vividness and the joyfulness that make it truly unique!

Cruising has never been more trending! According to the Cruise Lines Intl Association, 30 million people are expected to sail the high seas in 2019. Get ready to set sail for the most extraordinary experiences around the world!