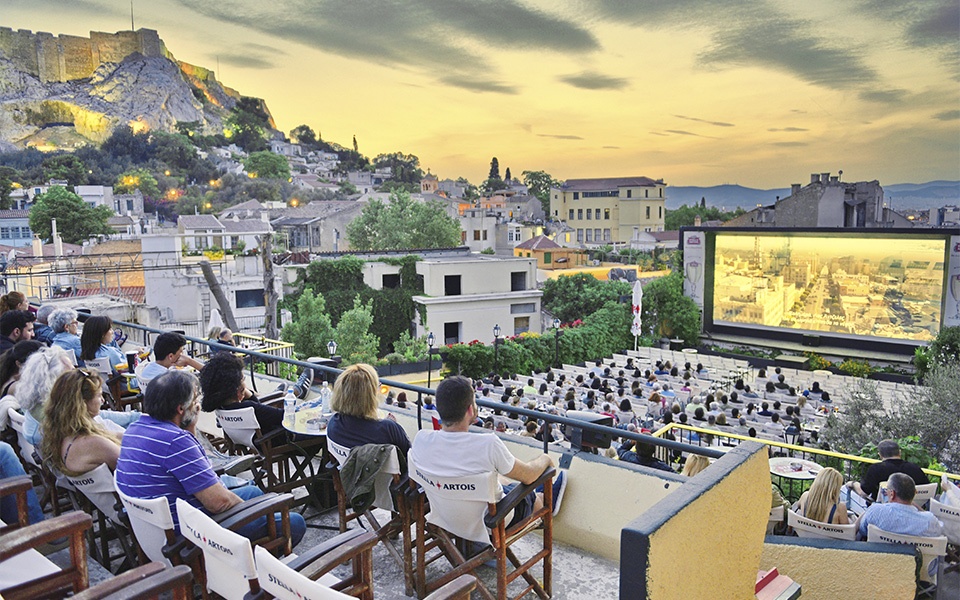 Everything moves outdoor during summertime and film screenings are no exception. Combining the high-quality sound and picture of an indoor movie theater with superb settings under the stars, Europe’s open-air cinemas are a favorite summer pastime. Whether it’s in a park, high on a rooftop, or in the shadow of an architectural landmark, there’s an outdoor movie theater or open-air film festival for everyone this summer in Europe.
Here are 10 of the most spectacular open-air cinemas in Europe:
Cineteca di Bologna, Bologna
Around 51 films are projected each summer under the open sky, on a huge screen in the city’s grandiose Piazza Maggiore, making it one of Europe’s most spectacular outdoor movie venues.

Sala Montjuic, Barcelona
Barcelonians welcome the summer with picnics, concerts, and some of the best movies of all time at Sala Montjuic, an open-air film festival held each year within the ancient walls of Montjuic Castle.

Spoutnik, Geneva
This cinema closes its main cinema in the summer and instead organizes open-air cinema’s. Spoutnik is known for showing films that are non-commercial and their main goal is to show movies that are not known by the wide public.

Pluk de Nacht, Amsterdam
Held every summer in Amsterdam, Pluk de is the biggest open-air film festival in the Netherlands. It enjoys an idyllic waterside location at Stenen Hoofd pier, and the programme is always a surprising mix of experimental shorts, documentaries, and unreleased indie films.

Esplanada da Mata, Lisbon
Centrally located, Esplanada da Mata remains a cozy and peaceful spot wrapped in the leafy embrace of the surrounding park. There’s DJ’s and during the summer an open-air cinema.

Střelecký Ostrov, Prague
On the river Vltava in Prague, there are twelve islands one of them is in the center of the river: Střelecký Ostrov. It can be reached by crossing a bridge or renting a paddleboat. There is plenty to do there, but without a doubt one of the best activities is the open-air cinema.

Open-air cinemas protagonist during summer, particularly in Athens. Some summer cinemas offer extraordinary views of the Acropolis; others are surrounded by fragrant gardens that fill the air with the sweet the scent of jasmine and orange blossoms while others are right next to the sea.
The decades-old tradition of open-air cinemas is still alive and kicking since there are more than 60 outdoor cinemas in the Attica region alone that stay open until September. It is worth noting that this summer due to the coronavirus everything is done under the new safety rules for safeguarding public health.
Discover below five iconic open-air cinemas in Athens:
Cine Paris
Established in the 1920’s, Cine Paris is one of the oldest open-air cinemas in Athens.
Address & Telephone: 22 Kydathineion Street, Plaka – 210 32 22 071

Cine Thission
This historic cinema was established in 1935 and has been in operation ever since. Much like Cine Paris it offers excellent views of the Acropolis.
Address & Telephone: 7 Apostolou Pavlou, Thission – 210 34 20 864

Cine Dexameni
A favorite among locals, this cinema is located in the upscale area of Kolonaki and has been in operation for many years.
Address & Telephone: Platia Dexamenis, Kolonaki – 210 36 23 942

Cine Flisvos
A summer oasis in the south suburbs of Athens with the sea at your feet and next to Flisvos Marina.
Address & Telephone: Flisvos Park, Palaion Faliro – 21 0982 1256

Taste
THE MOST REFRESHING SMOOTHIES FOR SUMMER