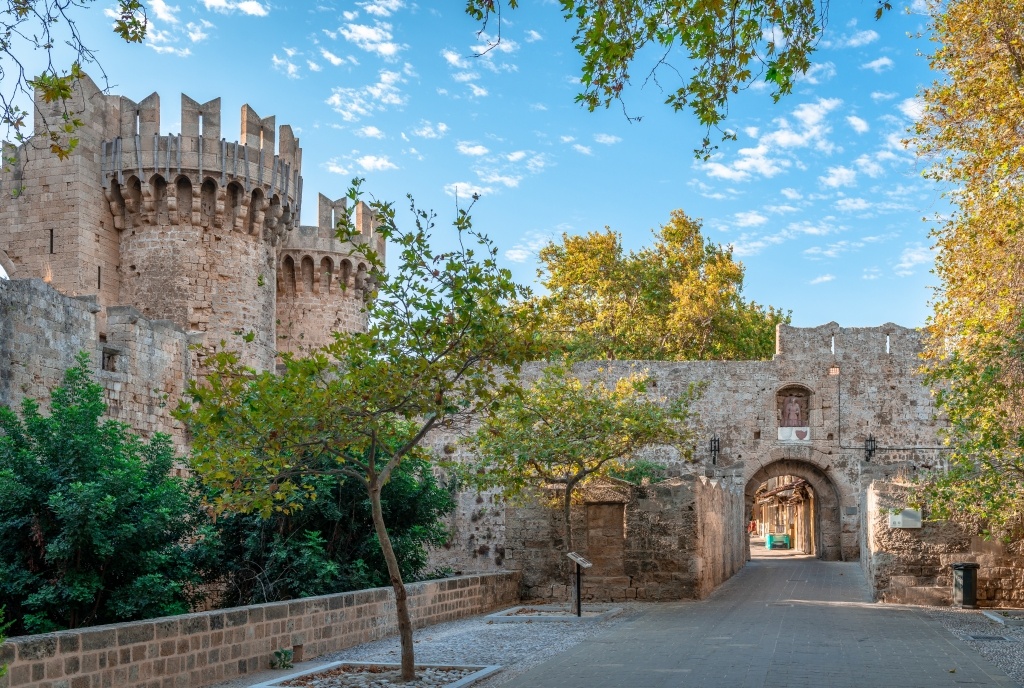 The Medieval City of Rhodes, which includes the highly visited Palace of the Grand Master, will be extended by 18,000m2 as part of Greek Culture Ministry efforts to protect and showcase the site.

Culture Minister Lina Mendoni announced the news during her recent visit to the island. The ministry, she said, will be allocated 4.5 million euros in RRF funds for restoration and upgrade works which will focus on creating “a wider, timeless archaeological site and connecting monuments to each other through a documented, pleasant and educational route”.

The minister underlined the importance of the Medieval Town, which is a UNESCO World Heritage site, adding that as a major attraction it offers comparative advantages to Rhodes, the Dodecanese Islands & Greece.
“The unified project concerns an ​​18,000m2 area in the heart of the Medieval City, which preserves archaeological remnants dating back thousands of years and which are still cut off from the city. The project through mild interventions highlights the archaeological and historical importance of the site, protecting the individual monuments and enhancing the understanding of the island’s history,” said Mendoni. The project will be expanded into five levels and will include Hellenistic and Roman era finds, ancient ports and streets, and restored medieval buildings, such as Zecca: The Mint, the Grand Master’s Palace (Castello), and the Governor’s Garden.

The ministry is aiming to create a new archaeological site in the heart of the historic centre of the Medieval City, where visitors will be able to obtain a clear understanding of the island’s history from ancient times to the present day, the ministry said, adding that the area will be accessible to people with disabilities.

Mitsis Hotels has been managing Galini Wellness Spa & Resort in Kamena Vourla since the 1990s.

READ MORE
Highlights
DESTINATION EXPERIENCES MADE FOR 2 AT MITSIS HOTELS

Discover our unique destinations and live authentic local experiences through our concierge service. Choose your favorite trip from our tours and excursions and explore the destinations’ rich heritage, pristine beaches, wooded valleys and hidden gems.

Compared to 2019 and 1.04 billion passengers, the number of travelers in air transport dropped by 64 percent, indicating that there is still a long way to recovery, analysts say.

You are invited to live the Mitsis experience throughout the most cosmopolitan island of Aegean and spoil yourself with premium VIP & private tours!

Enjoy some moments of relaxation for the body & mind with our ideal 7-day programme to relieve tension and release stress for just 52 euros per person per day.