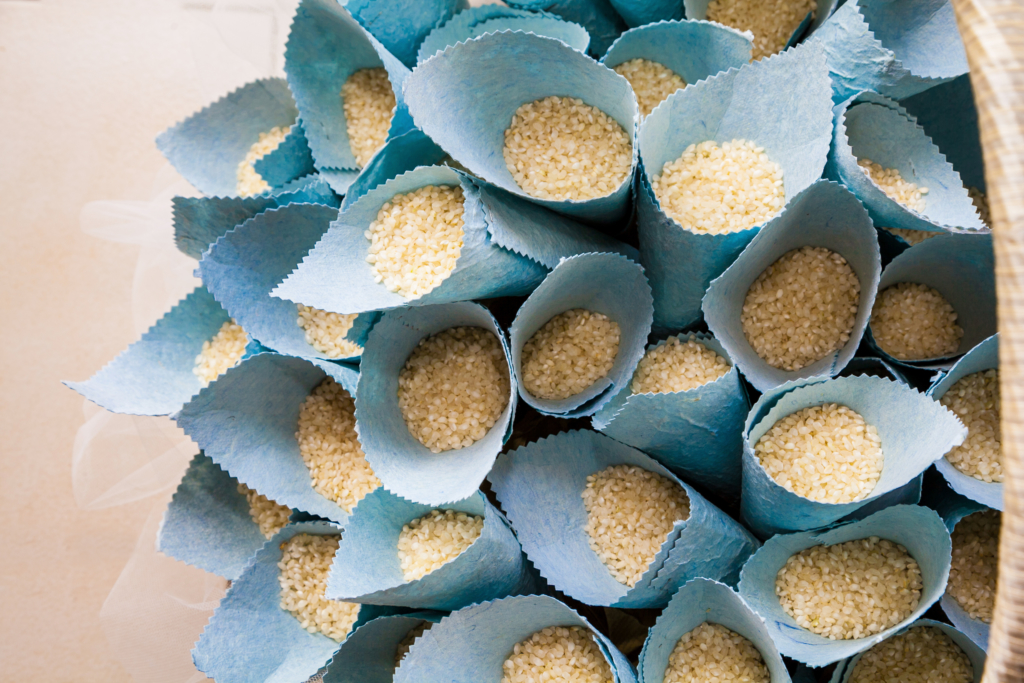 FASCINATING WEDDING TRADITIONS AROUND THE WORLD

If you thought that avoiding the bride in her wedding dress before the big day was strange, wait until you hear about some of these rituals observed by people around the world. Here are some interesting traditions you might not be familiar with.

Greece: pin money
Greek weddings are known for their ebullient spirit. A wonderful tradition is the couple’s first dance, when guests pin money to the bride’s and groom’s clothing, leaving them twirling about the floor entwined in decorative (not to mention, expensive) paper streams.

Spain: hack up his tie
At some weddings in Spain it’s a tradition for some of the groom’s friends to get a pair of scissors and hack up his tie. After they’ve done this, they’ll offer to sell off the increments to guests in order to gather money for the newly married couple. .

India: Shoe thievery
In India, the groom having cold feet just before he ties the knot is pretty much tradition. On his wedding night, he removes his shoes at the door and women from the bride’s family steal them and carry them off. The groom’s side of the family is then tasked with finding the hidden shoes. If they can’t be located, the groom must barter for them with money or other gifts, since he is not allowed to leave without his shoes.

The shoe-stealing is meant to symbolize the blending of the two families and shows how they’re ready to share a lifetime of laughter and fun together.
South Africa: It’s tradition to have a kitchen tea
A “kitchen tea” is what it sounds like: a time when friends and family gather to gift a bride everything she needs for her new home. This could include appliances, mixing bowls, china, you name it—but it’s often served with little cakes and all-you-can-stomach tea. While South Africans are known for having rowdy weddings, this is a quieter affair than other countries.

China: wedding door games
In certain parts of China, the bridesmaids will mess with the groom the morning of the wedding. In some cases, it can be the groomsmen as well. What they’ll do is put him through a litany of different tests which are called “wedding door games”, in order for him to show that he’s worthy of marrying the bride. After all of this is over, he must then offer up cash to the bridesmaids. It may seem cruel, but it’s actually a very lighthearted thing.