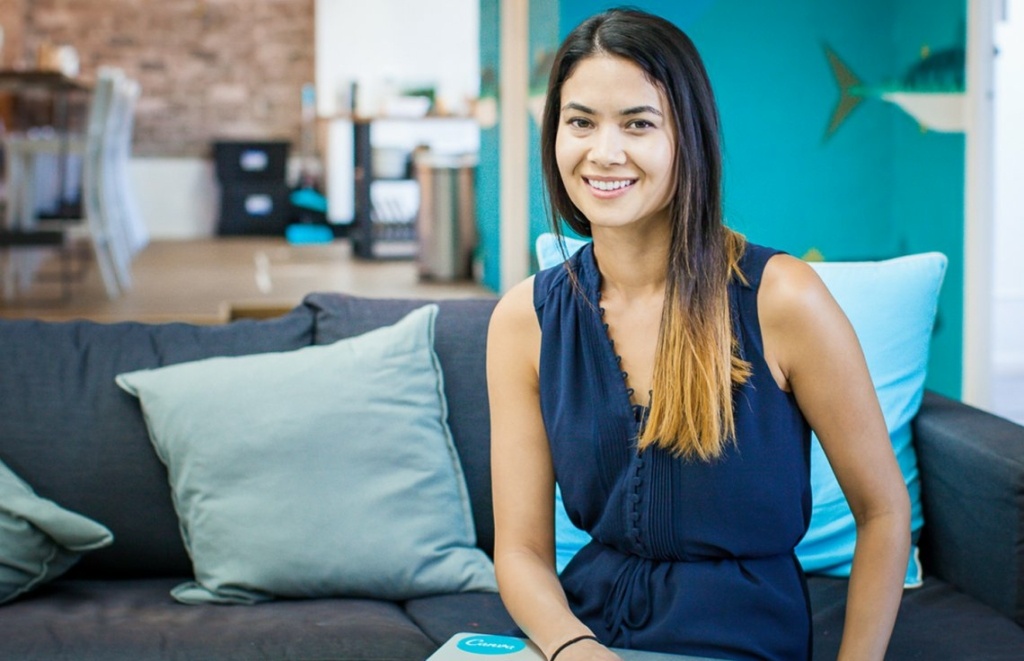 Every year, Forbes is compiling the list of the World’s 100 Most Powerful Women and this starts with an accounting of what’s happened throughout the year: who’s been elected, appointed or promoted to a position of power? Which founders have taken their companies public—to great wealth, great acclaim, or all of the above? And which women have made the greatest strides in using their voice, their resources, or their public platform in creating lasting and meaningful change around the world?

Just missing out on a ranking for our Power list does not mean a woman is not powerful. There are so many women whose power is rising—and for an elite few, rising at a rate that could earn them a spot on the list as soon as next year. To that end, these are the women to watch for 2022:

Mia Mottley
The first female prime minister for Barbados, Mottley has had an eventful autumn 2021. In November, made a strong impression on the world stage, admonishing the leaders gathered at the COP26 U.N. Climate Conference, “When will we as world leaders address the pressing issues that are cause our people to worry—be it climate or vaccines? When will leaders lead?” Four weeks later, she led her island out of the British monarchy and into its new life as a republic, installing Sandra Mason (a woman who is also someone to watch next year) as its first local head of state. “We believe that the time has come for us to claim our full destiny. It is a woman of the soil to whom this honor is being given,” Mottley said.

A geology professor by trade, Romdhane took office as Tunisia’s first-ever female prime minister in October. Though she has some political experience—she was named Tunisia’s directorgeneral in charge of quality at the Ministry of Higher Education in 2011—political observers are questioning how much authority Romdhane truly wields: Romdhane was appointed to her position by a president who came into power by suspending parliament and seizing control for himself.

On Monday, the New York Stock Exchange announced that president Stacey Cunningham will hand her leadership baton to Lynn Martin, the current head of the Intercontinental Exchange’s fixed income and data services segment, a division that employs 2,500 people and generated $1.4 billion in revenue for the first nine months of 2021. Martin’s appointment becomes official in January, and if predecessor Cunningham’s consistent rankings on the Power List are any indication, Martin’s own appearance could soon follow.

This 50 Over 50: Impact honoree has an impressive resume: Williams received her J.D. and masters in divinity, and early in her career worked simultaneously as a lawyer and ordained minister. In 2018, she became the first Black female president and CEO of Easterseals, the country’s largest nonprofit devoted to disability advocacy. And now, she has an even bigger job: in September, Tunisian Prime Minister Najla Bouden Romdhane at the Élysée Palace for the inaugural dinner of the Paris Peach Forum. Williams was named the president and CEO of United Way, the world’s largest privately-funded nonprofit. She will be its first female and first African American CEO, and will lead mission-critical work helping some 48 million people protect their health and economic security.

Over the course of 2021, a number of female CEOfounders had high-profile— and lucrative—initial public offerings or capital raises. It is for that reason that Canva cofounder Melanie Perkins, Tala founder Shivani Siroya, Bumble cofounder Whitney Wolfe Herd, and Clear Secure cofounder Caryn Seidman-Becker are all on are watch list. Each woman runs the company she helped conceptualize, each is disrupting the industry in which she operates, and each one is committed to using her company or wealth to make a difference for others. “If the whole thing was about building wealth that would be the most uninspiring thing I could possibly imagine,” Perkins told Forbes in September.

“It has felt strange when people refer to us as ‘billionaires’ as it has never felt like our money, we’ve always felt that we’re purely custodians of it,” Perkins stated.
Kathy Hochul
The 57th governor of New York is the first woman in history to run the state. Hochul took over in August after Andrew Cuomo resigned amid a bevy of sexual harassment allegations and immediately got to work, implementing a series of universal masking mandates for certain scenarios in New York state and announcing a $539 million Melanie Perkins, CEO of Canva, photographed for Forbes by Dean Mackenzie in November 2019. homeowner assistance fund for New Yorkers at risk of foreclosure or displacement. But her tenure could be short-lived: she’s up for reelection in November 2022 and facing stiff competition from New York attorney general Letitia James and New York City public advocate Jumaane Williams.

Nemonte Nenquimo
An indigenous Waorani woman activist, Nenquimo founded the Ceibo Alliance to protect the land in her native Ecuador. Her work, which has helped protect some 500,000 acres of Amazonian rainforest and Waorani territory against oil extraction, received a Goldman Prize and a “Champion of the Earth” honor from the U.N. Environmental Programme in December 2020.

In the world of media and entertainment, a new generation of women stand to gain power—in large part because of the ways in which they’re already commanding huge audiences. There’s Chinese standup comedian Yang Li, who has been crowned her country’s “punchline queen” for the way she skewers “average” men and French-Malian pop-star (and Forbes 30 Under 30 Europe honoree) Aya Nakamura, who is one of France’s most-streamed musical stars. Others, like Minyoung Kim, Netflix’s vice president of content for Asia-Pacific—and, more The president of the Waorani community Nemonte Nenquimo (C) speaks during a demonstration against the entry of oil companies onto ancestral Amazonian lands for exploration activities, in front of the presidential Carondelet palace, in Quito on June 25, 2019. – The Ecuadoran government had appealed -on April- a ruling won by the country’s Waorani indigenous tribe, triggering a judicial fight on the extraction of crude oil in the Amazon. Importantly, the person who was responsible for bringing “Squid Game” to our screens—are exerting their influence on culture by shaping the future of storytelling.

And some, like “I Will Destroy You” creator Michaela Coel, are shaping the future not only with the content they’re creating but with the directives they’ve already started to provide to those who wish to follow in their footsteps. “Write the tale that scares you, that makes you feel uncertain, that is uncomfortable. I dare you,” Coel told other writers in her Emmy acceptance speech in September. “In a world that entices us to browse through the lives of others to help us better determine how we feel about ourselves, and to, in turn, feel the need to be constantly visible, for visibility these days seems to somehow equate to success. Do not be afraid to disappear, from it, from us, for a while, and see what comes to you in the silence.” It’s good advice. After all, there’s power in stillness. And we’ll be watching to see what comes of it.

The future is female and it looks bright as ever.
People
CHRISTINA & STAVROS MITSIS

Christina and Stavros Mitsis express their optimism and welcome the next day of Greek tourism, discussing new perspectives and highlighting the fact Greek tourism has overcome significant obstacles by establishing its position even stronger and enforcing its offerings, services and products.

Butragueño was a football genius and a Real Madrid legend who turned football into an art form. His dribbling was simply out of this world and his goals were the stuff of dreams.

Having climbed at the top of tennis global rankings, winning valuable tennis stars, collecting numerous titles and prizes, Stefanos, only 23 years old is on the top of tennis world! might be young at age but he is certainly great in talent and dedication!