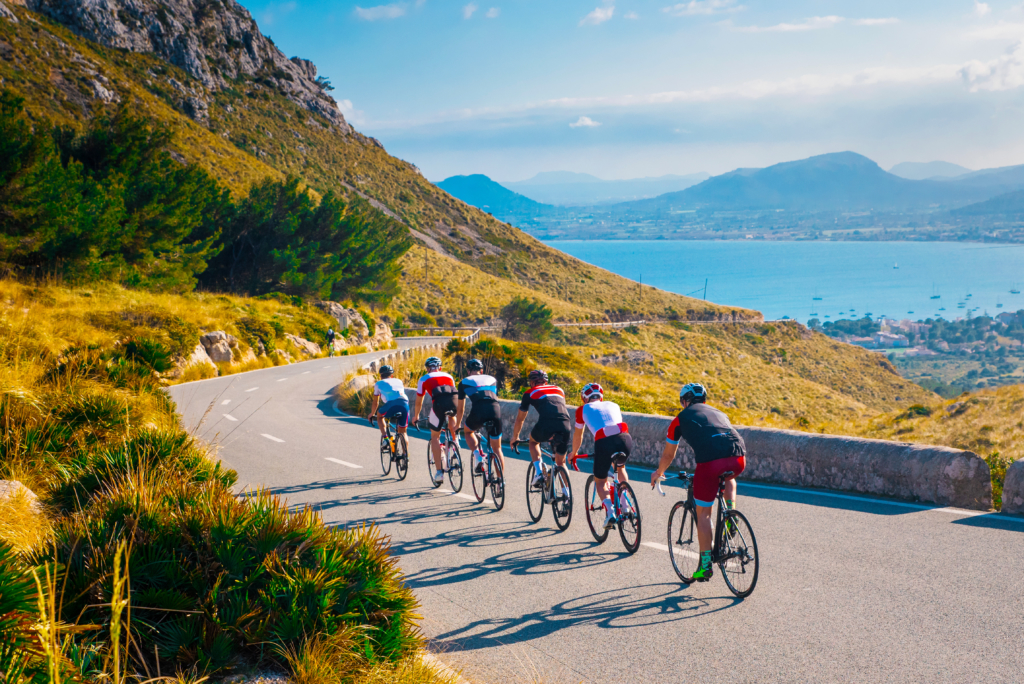 “Our aim is to showcase unknown and remote regions of Greece, and further expand the cycling tour in the near future,” he said in video message.
The five stages of the International Cycling Tour were the following:

Avgenakis also aspires to turn the cycling tour into one of the world’s most significant cycling events that will bring multiple benefits to local communities.

“We pledge to create an event that will enhance Greece’s tourism industry but also entertain and educate Greeks on this exciting sport event. All cities included in the peloton will soon reap the fruits – tourism-wise – of this great event,” he said.
Experiences
FLY AWAY WITH OUR PRIVATE HELICOPTER & JET CHARTER EXPERIENCES

This conference will discuss our global and national priorities in regard to climate change and sustainable tourism. Both issues demand solutions which can only result through scientific and political international collaborations.

‘LOVE’ by Mitsis Hotels features the most characteristic representations from our islands to create an exclusive collection of items with the use of the finest materials!

We are grateful to our wonderful guests and team members for joining our environmental efforts and becoming part of our green story!

“Coming out of a universal health crisis and at the same time in response to the Climate Crisis, the World Tourism Organization (UNWTO) sets the goals for the promotion of sustainable tourism development, which it hopes to implement through the ‘Healthy Cities’ program,” said Patoulis.

Greece is number one again in August across Europe with 5% more commercial flights compared to the same month in 2019.

Enjoy a sneak preview of Summer Palace 2023 renovation from a new perspective as we are introducing 88 new junior suites and suites for next year!

The view is always better from above! Imagine being able to gaze at your favourite place from a new perspective, paying attention to the small details while taking in the overall splendor. A completely different point of view that opens up for us a new world of possibilities.