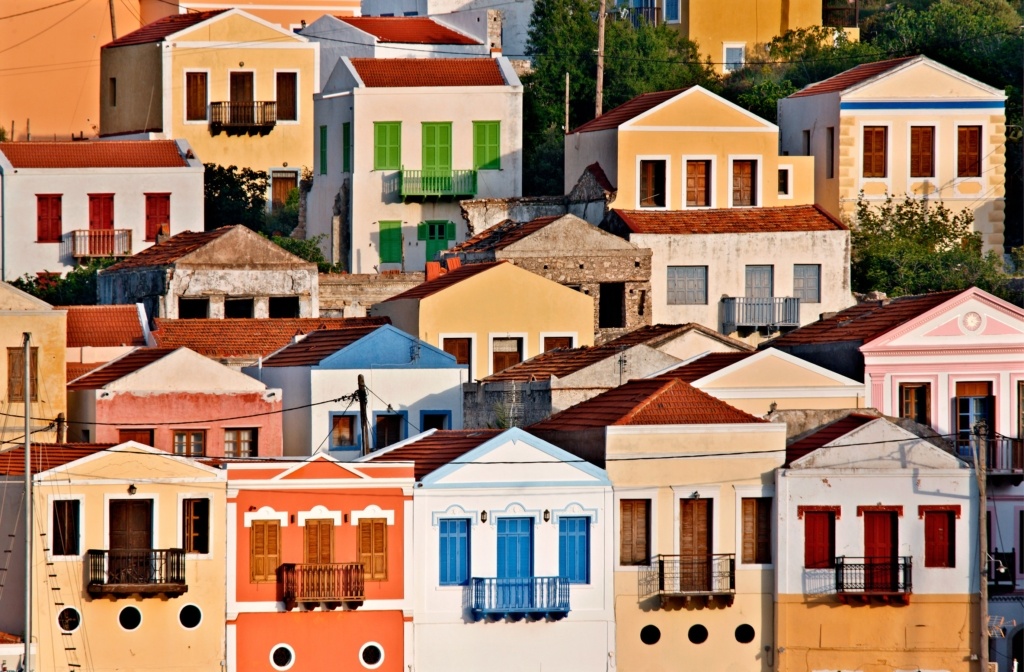 KASTELORIZO: THE EASTERNMOST PART OF GREECE

The tiny, far-flung island of Kastelorizo is insanely pretty. Sailing into its one village of the same name, strolling around the ruined castle, minaret and pastel-painted neoclassical houses huddled around the turquoise bay, is soul-enriching.
“Megisti”, as Kastelorizo was once called (meaning 'great'), is the largest of a small archipelago at around only 10 sq. km.
Those willing to come this far will find a tranquil gem of an island unspoiled by tourism where you can live a truly authentic experience of Greece. Long before it rose to international fame with its beauty, offering the amazing scenery in the Oscar-winning film “Mediterraneo”, Kastelorizo was inhabited by the Dorians, ruled by Rhodian governors, became a base for the Roman Navy, was taken by the Byzantine empire, conquered by the Sultan of Egypt, flourished as a privileged island during the Turkish Rule, experienced Italian occupation and English administration, was evacuated and destroyed in WWII to officially join Greece in 1947. A tiny place with a huge history.
This small island with just 492 inhabitants has images of unique beauty in store for its visitors.

Kastelorizo has a subtle, unique atmosphere. There is nothing specific that causes it. It’s a spontaneous occurrence stemming the knowledge shared by all those on this small remote island of the distance that separates them from the rest of the country. The impressive, brightly coloured mansions, built on a semicircular plan around the sea, are unique examples of the architecture of the Dodecanese and reveal an era of a peak for the island. The sites to be seen on the island are indeed not few: Two fine examples are the Palaiokastro (Old Castle) which is situated approximately in the middle of the island and once served as both the acropolis and older fortification of the island, whilst the Kastro (Castle) is located in the south eastern part of the harbour and 200 meters above sea level. In the eastern part of the harbor there is an impressive stone hewed Lyncean tomb. Both, of course, are a part of the invaluable inheritance of the historical past of the island.

The Museum (historical-archaeological and folklore) is housed in a two-story building of architectural significance (it is privileged in that it has a preservation order) and is rich with exhibitions from antiquity, medieval and later times as well as displaying examples of folk art and more generally of the traditional culture of the island.

Kastelorizo is dotted with numerous churches and monasteries.
The patron saints of the island are Saints. Constantine and Helen to whom a church of exceptional architecture is dedicated. It is a three-nave basilica and dates from 1835. Beside the church is the “Santrapia Urban School” which was inaugurated in 1903 and built through the patronage of Louka Santrape. Especially picturesque is the monastery of St. George of the Mountain which has monk’s cells, cisterns and a cave-catacomb with a well and a finely worked wooden iconostasis. Last but not least of exceedingly natural beauty is the “Blue- Cave”, a huge sea cave in the southeast of the island that tourists can visit only by boat and only when there are calm waters.
Destinations
CULINARY TOURS OF KOS