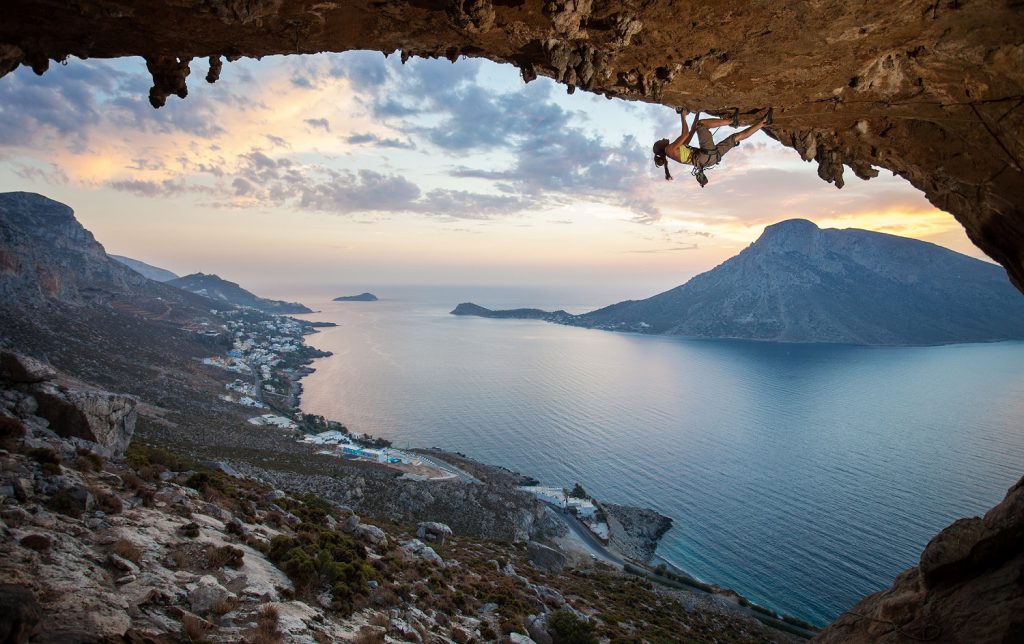 LIFE TO THE FULLEST

Extreme sports are all about the thrill. For some people, it’s for pure fun, and for others it’s about testing the limits of what is humanly possible. To whatever degree, extreme sports all carry a certain wow factor, giving them a unique sense of appeal. Here is our complete list of extreme sports, listed from the “intense” to outright “insane”!

Some might not consider scuba diving to be an extreme sport. But think about it, you’re 100+ feet underwater and the only thing keeping you alive is that tank of oxygen strapped to your back. Not to mention all of the creatures lurking below… pretty intense.

Also known as kitesurfing and kiteboarding. All you need is wind, a board and a big kite to harness into. On water, on sand, or on snow… it’s a rush.

Many probably think parasailing is just a relaxing tourist activity at the beach. But, when you’re being pulled by a piece of rope hundreds of feet above the water, the adrenaline rush definitely kicks in.

Wakeboarding and water skiing are very popular water sports, typically done at the recreational level. But, some take these sports to a whole new level, throwing fancy maneuvers and jumping the boat’s wake to do tricks in the air.

Also known as dirtboarding and offroad boarding, mountain boards take on all types of terrain, and are sometimes used to do tricks or even downhill races. Kind of a cross between skateboarding and snowboarding.

Take a giant inflatable ball, jump inside the middle and roll down a hill. Some people have gotten very creative with zorbing, turning it into a giant game of bowling or reenacting the runaway boulder scene from Indiana Jones, better run fast!

Just like water-skiing, but without the skis. Barefooters must travel at speeds up to 35-40mph to stay above the water. As if that isn’t enough, barefooting competitions include tricks, slaloms, and even jumps.

Also known as free-running, parkour is the art of moving over obstacles as quickly and efficiently as possible. No equipment needed; parkour can be practiced practically anywhere. The bigger the obstacle, the greater the risk.

There are varying degrees of skateboarding, but here’s the bottom line. Every skateboarder works to improve their skills, adding more difficult tricks every time. Crashing onto the pavement is to be expected, and getting back up to try it again is part of the process.

The bigger the wave, the better the ride. Some surfers will ride waves up to 50 feet in height! Staying on the surfboard is critical, because a bad wipeout can be ugly.

Using an inflatable raft or kayak to navigate choppy “whitewater” that has an unstable, turbulent current. Rafters risk hitting sharp rocks, unexpected steep waterfalls, and being thrown from the raft. Hang on tight!

Same concept as hang gliding, but paragliding uses a certain type of parachute, and in some cases a propeller. Paragliders can reach great heights and soar for several miles at time. Due to gusts and shifting wind patterns, paragliding is rather risky.

There’s the traditional BMX racing and then there’s BMX freestyle, where riders attempt to gain massive air and pull off next to impossible tricks. Landing a big trick on a BMX bike brings a big rush, but crashing brings a big OUCH!

Teams of two or four sled down a twisted, banked, iced track at speeds up to 90 mph. The only thing protecting you in the event of a crash is your helmet and the unforgiving bobsleigh, which is open cockpit.

Downhill skateboarders use hybrid longboards with longer decks, softer wheels, and wider trucks, enabling them to reach ridiculously high speeds. When there is a crash, the carnage isn’t pretty.

The name suggests it all. Get down the hill as fast you can on a mountain bike. Take special notice to protruding trees, roots and rocks along the way.

There seems to be a correlation between speed and adrenaline rush. Take a pair of waxed up skis or snowboard and rip down a steep, snow covered mountain side at speeds that approach 100 mph.

As if hitting raging rapids isn’t enough, some kayakers choose to push the limits of what a plastic boat (and human) can endure. Press your luck and dive head first off a waterfall.

Scaling up massive ice formations either on frozen waterfalls or snow covered mountains. Ice climbing open’s itself up to all kinds of risks, broken chunks of ice, avalanches, even falling to a cold death.

A type of snowboarding or skiing that includes tricks, jumps and flips on any type of terrain including boxes, rails, and even trees.

We’re not talking about jumping from that big rock at your local swimming spot. We’re talking about big cliffs that are 10, 15, 20 meters tall. At those heights hitting the water feels like breaking through concrete; not much room for error here. By the way, the divers don’t wear any protective clothing, just a basic swimsuit.

What does this mean? It means you climb a rock formation without any other type of assistance or support besides your climbing harness. If you slip/fall, the only thing keeping you from tumbling down to the bottom is your safety rope and the clips anchored into the rock; better hope they’re secured!

Probably one of the oldest of all extreme sports, skydiving originated over 200 years ago. The sport has since evolved into jumping from aircraft and doing a variety of midair tricks before deploying the parachute. Although it is a widely practiced sport, it still carries a considerable amount of risk and produces an adrenaline rush that is described as addictive.

Jumping from a high structure and entrusting a large elastic rope around your ankles to break your fall is quite counter intuitive. But, if you can talk yourself into taking the plunge, you’ll have a near out of body experience to brag about.

Jumping from a Building, Antenna, Span, or Earth (BASE) and free falling at over 100 mph is a thrill that is difficult to match. Unpredictable wind gusts, proximity to other buildings, and short period of time to deploy the parachute are some reasons why BASE jumping is a favorite to many adrenaline junkies. Not to mention it’s illegal.

Cover Story
WE ARE ALL IN THIS TOGETHER

At times like these, while we are forced to be apart, our shared humanity and acts of kindness all over the world have never been more evident. Together we are strong and we can do more!

Until we welcome you back, dream away! All is in place to keep your well-being top of mind. There are so many journeys ahead of us but right now your Summer Stories can wait for a while… Till then, stay safe!

Being on the march means to make progress, to move ahead, to reach new heights. Either you call it self-improvement, professional development or financial growth, it’s the way to keep going and becoming better.

A wonderful journey of living and loving each moment could be the meaning of a healthy life. Once you learn to accept every flow and appreciate each small moment, you will love life to the fullest! Just be the best version of yourself!

A brand-new year has finally arrived and now that the celebrations are almost over, it is time to make this year’s resolutions. 365+1 new days of million opportunities to seize and thousands of stories to create!

READ MORE
Cover Story
GET INTO THE HOLIDAY SPIRIT!

It’s the most wonderful time of the year and sooner or later you will get into the holiday spirit! Let the sense of wonderment fill your holiday moments and get started with the following tips.

Natural forests and green land surfaces are valuable for our planet, our existence and wellbeing! Here, we have collected some of the world’s greenest destinations and artificial places.

READ MORE
Cover Story
MICE AND TOURISM AROUND THE WORLD

With this industry being extremely dynamic, MICE trends continue to shift gears every now and then and as 2019 heading to its finale, we figured out this year’s hottest MICE trends.

READ MORE
Cover Story
MAKE THE MOST OF YOUR FAMILY HOLIDAYS

Family holidays, either travelling with your parents or your little kids should be fun, carefree, relaxing and bonding. A happy holiday matters to our mind, body and soul wellbeing!

What is that makes summer in Greece unforgettable? The great weather, August’s breeze and the island vibes are for sure highlights… But it’s the vividness and the joyfulness that make it truly unique!