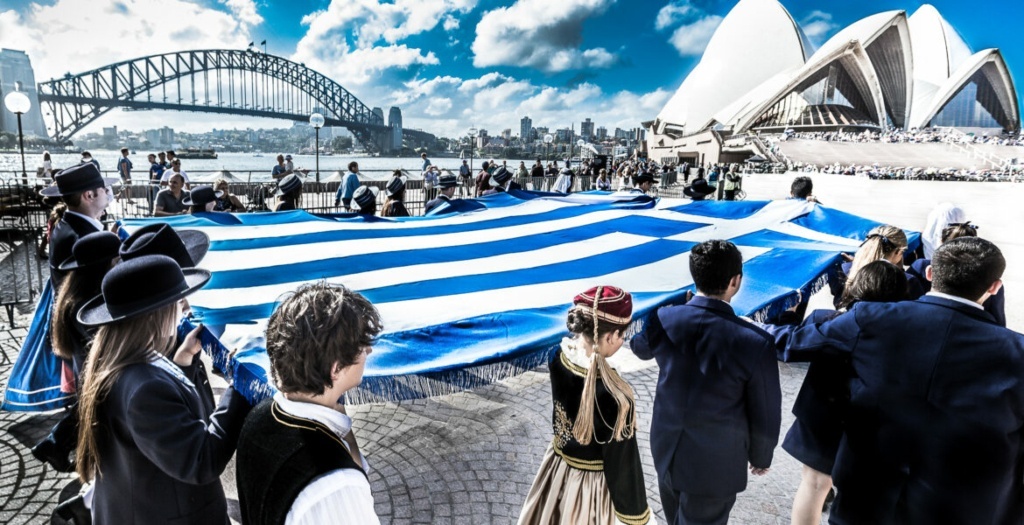 «Freedom or Death». For Greeks, this strong oath was taken two centuries ago, on March 25, 1821, by brave Greek fighters to support them in their revolution and the great war of independence against Ottoman rule.

Greece was a part of the Ottoman Empire for nearly 400 years, since 1453, when Turks invaded the capital of Byzantium, Constantinople (Istanbul nowadays). After their revolt, the Greeks managed to establish an independent state in 1832, with the intervention of Britain, France, and Russia.

On March 25, 2021 the world turned blue and white!
In every corner of the globe where members of the Greek Diaspora are present, the anniversary was marked. Iconic landmarks in all the above countries and many more were illuminated in blue and white in honor of the Greek people and their struggle for freedom 200 years ago.

Lighting up their most emblematic landmark buildings and bridges in the blue of the Greek flag for one night, American cities from East to West honored the nation of Greece as well as the many millions of Greek-Americans who are part of the fabric of the country.

Built upon the principles of democracy, freedom, and justice established in ancient Greece, countries across Europe projected images of the Greek flag on their official buildings, or illuminated monuments with blue and white lights to express their respect for Greece and her history. The same evening a spectacular scene unfolded this at Australia’s iconic Sydney Opera House as the white «sails» of the building were enveloped in a gigantic banner representing the Greek Flag on the day of the Greek bicentennial.

The Mediterranean country of Lebanon, home to a thriving Greek community, honored the bicentennial by projecting a massive image of the Greek flag on the Sursock Museum façade, while the vibrant Greek community of South Africa commemorated the 200 years since the start of the Greek War of Independence, with a series of traditional Greek songs, dances, and celebrations. Despite its distance from Greece, Latin America also celebrated the bicentennial even though the coronavirus made everything more challenging and difficult.

“I think symbolism is an important part of our lives and we spend a lot of time reflecting on matters, this will enable all of us to reflect on the symbolism of what transpired then and its meaning for us today.”, the President of the Greek Community of Melbourne said.
To celebrate the 200 years of freedom after the Greek Revolution, the Boston Museum of Fine Arts, one of the world’s top museums, featuring the exceptional George D. and Margo Behrakis Wing for Art of the Ancient World, joined in the effort to light buildings and bridges around the world in blue.
Destinations
GREECE IS THE MOST PREFERRED DESTINATION OF 2022

From beautiful beaches, historical sights and lush forest, to countless entertainment choices and a variety of culinary options in Rhodes.

Kos has been widely known as the “island of bicycles”, as it features a total of over 15 kilometres of bike lanes along its coast.