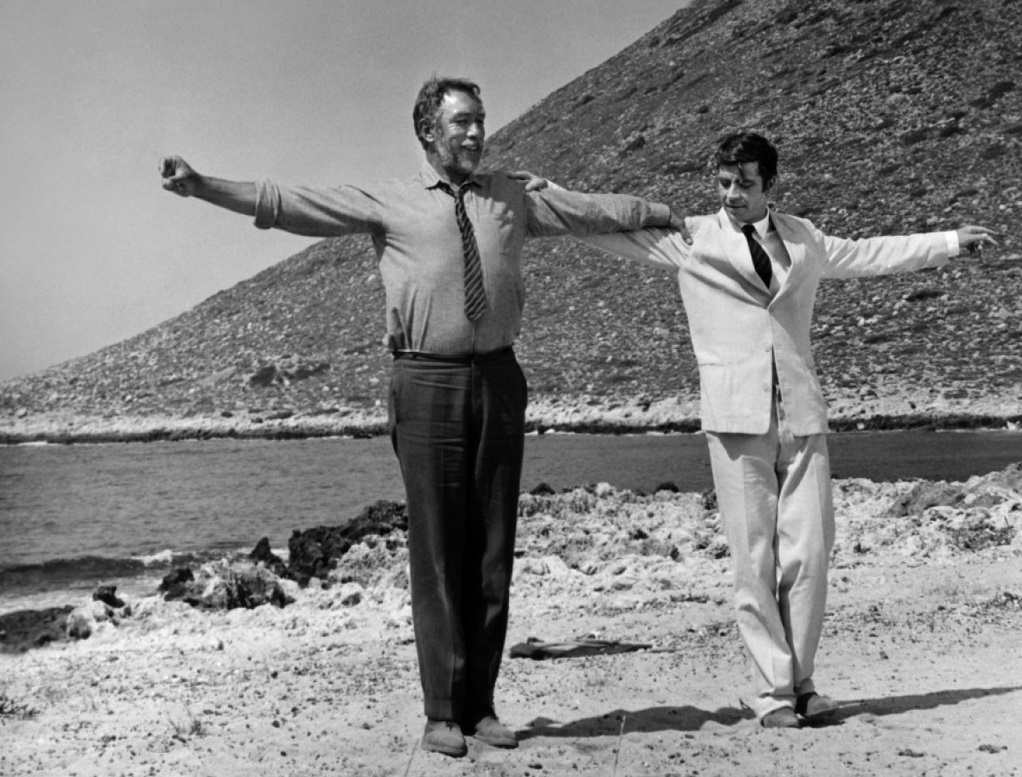 MOVIES MADE IN GREECE

Greece is one of the most popular holiday destinations as the crystal clear water, the traditional villages, the picturesque streets and the ideally sunset views create the perfect scenery for a holiday.
That could not be left unnoticed and many Greek places have been selected as the perfect movie sets for some of the most successful Hollywood movies.
The Guns of Navarone

The 1961 British-American epic adventure war film directed by J. Lee Thompson follows a small group of commandos sent to Greece to blow up massive Nazi guns. Gregory Peck, David Niven and Anthony Quinn starred in the movie that was filmed in Lindos and Quinn was so amazed with the island of Rhodes that he even bought land there in an area that is still called “Anthony Quinn Bay”.

Based on the novel of Nikos Kazantzakis, Zorba the Greek is probably the most famous movie that tried to reflect the Greek spirit. The scene with Anthony Quinn dancing syrtaki is definitely the trademark of the movie, which was filmed in Crete in 1964.

One of the most famous Broadway musicals, based on the songs of the Swedish pop group ABBA, became a movie in 2008 and Meryl Strip, Pierce Brosnan and Colin Firth travelled to Skiathos and Skopelos to film it, giving a boost to the local tourism industry.

Nicholas Cage, Penelope Cruz and Christian Bale star in this fact-based action-romance story that is taking place in Kefalonia during World War II. A lot of attention had been brought to the Greek island, which managed to remain unspoilt despite the sudden popularity.

For Your Eyes Only

The 12th film of the James Bond series, released in 1981, with Roger Moore as the British agent, was filmed in Corfu. Many scenes, like the car chase, have been shot inside the Old Fordress. The monastery Aghia Triatha (Holy Trinity), located in Meteora, which can only be reached by a circular staircase of 139 steps, was also featured in the film.

Tomb Raider: The Cradle of Life

Angelina Jolie returned in 2003 as Lara Croft for the sequel of the Tomb Raider, which featured many Greek locations, including Santorini, and became a huge success, adding more fans to the already popular Greek island.