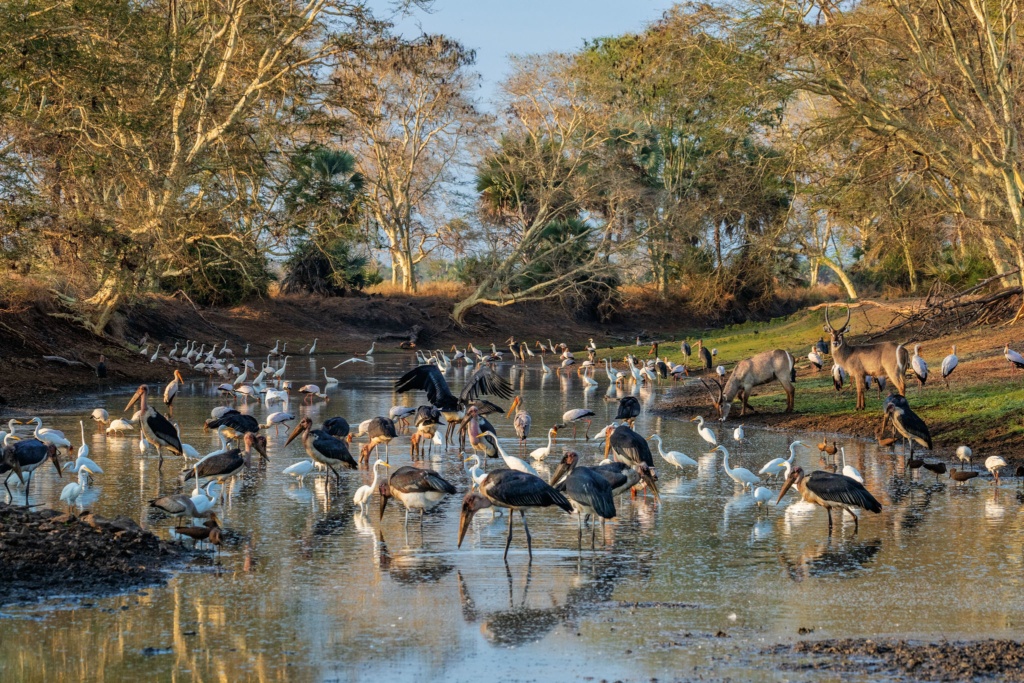 The National Geographic has been showcasing world’s best photos of the decade. The magazine has just announced its Best Photos which are packed with remarkable visual stories from around the globe. In the past 10 years, Nat Geo photographers have taken images in the quest to document life on this planet.
National Geographic has shared a look back at the most powerful photos of the decade.
Of the 21,613,329 captivating and powerful images published throughout the last 10 years by National Geographic, here are a handful of the top selections that prove a picture is worth a 1,000 words.

Wyoming Sent to Wyoming on assignment in 2014, British photographer Charlie Hamilton James became fascinated with the region’s animal life and ended up temporarily resettling his family in Jackson Hole. Working with the National Park Service, he set up a camera “trap,” triggered remotely by motion sensors, to document the ongoing action at a Grand Teton National Park carcass dump—a spot for setting out roadkill, away from tourists, so animal scavengers can do their natural jobs.

The camera caught this adult male grizzly bullying ravens away from a bison carcass.

For a decade before Alex Honnold made his celebrated free solo up Yosemite National Park’s El Capitan – climbing the most famous rock wall on the planet, that is, alone and without ropes – photographer Jimmy Chin often had climbed with him. As part of the team documenting Honnold’s June 2017 climb for the National Geographic film Free Solo, Chin forced himself to focus as his friend, at 2,500 feet above the ground, negotiated the final pitches. “The stakes could not have been higher in this moment” Chin says. “It represents achieving the impossible, the sublime: perfection.”

In January 2016, after investigative reports revealed that Flint’s water had for years carried dangerous levels of lead and other contaminants, photographer Wayne Lawrence documented residents’ struggles to find clean water and come to grips with their betrayal by public officials. Lawrence first saw the Abron siblings—Antonio, 13, and his sisters Julie and India, both 12—inside a firehouse, hoisting their daily allotment of the free bottles temporarily on offer. For the home-schooling family (their mother shopped thrift stores for uniforms), this was now the only available safe water for drinking, cooking, and bathing.

Lawrence, remembering that bleak Flint visit: “It was just really heartbreaking, going to home after home and hearing the same horror stories.”

Missouri New Zealand-born photographer Robin Hammond, who has won recognition for his images of LGBTQ people around the world, met Avery Jackson while on assignment for National Geographic’s January 2017 issue, “Gender Revolution.” Hammond was photographing nine-year-olds, boys and girls, in eight countries. This nine-year-old made a special impression: Avery spent her first four years as a boy, but with the support of her family in Kansas City, Missouri, began living in 2012 as a transgender girl. The editors chose her picture for the subscribers’ edition cover—a decision that Editor in Chief Susan Goldberg says left readers “excited, horrified, concerned, and grateful.” As far as Hammond is concerned, it’s the ongoing gratitude that most resonates; teachers and young people have thanked him for helping open important conversations. “She oozed confidence and energy,” he says of Avery. “Her photo says: ‘I’m proud. I’m happy. I’m a normal little girl.’ ”

In early 2013 National Geographic writer Paul Salopek took the first steps, literally, in a walk he expected would last seven years—21,000 miles, through four continents, retracing the first great human migrations from East Africa through the Americas. Joining him in Djibouti, along the Red Sea shore, photographer John Stanmeyer was wandering one evening when he came upon this moonlight tableau: People hoping for a mobile signal from neighboring Somalia. “I was astonished,” Stanmeyer says. “The symbol of migration today, where the only tenuous link we have to our loved ones during the act of migration is the ubiquitous phones.” As for Salopek? Still walking. Most recent stop: Myanmar. He has 13,000 miles to go.

Laikipia County Kenya
“This image took 10 years to make,” says Montana-based photographer Ami Vitale, who first encountered the northern white rhino named Sudan in 2009. One of only nine males then alive, Sudan was in a Czech zoo; last-ditch efforts to save the species included a plan to airlift Sudan and three other rhinos to a conservancy in Kenya. All four of the great animals survived the relocation, although when Vitale learned in 2018 that Sudan was dying, at 45, she knew he was now the last remaining male. At Ol Pejeta Conservancy she watched Joseph Wachira, one of Sudan’s protectors, lean in to offer Sudan one final ear rub. “This is not just a story to me,” Vitale says. “Poaching is not slowing down. We are witnessing extinction, right now, on our watch.”

Sport
THE BEST DIVING EXPERIENCES ALL OVER THE WORLD