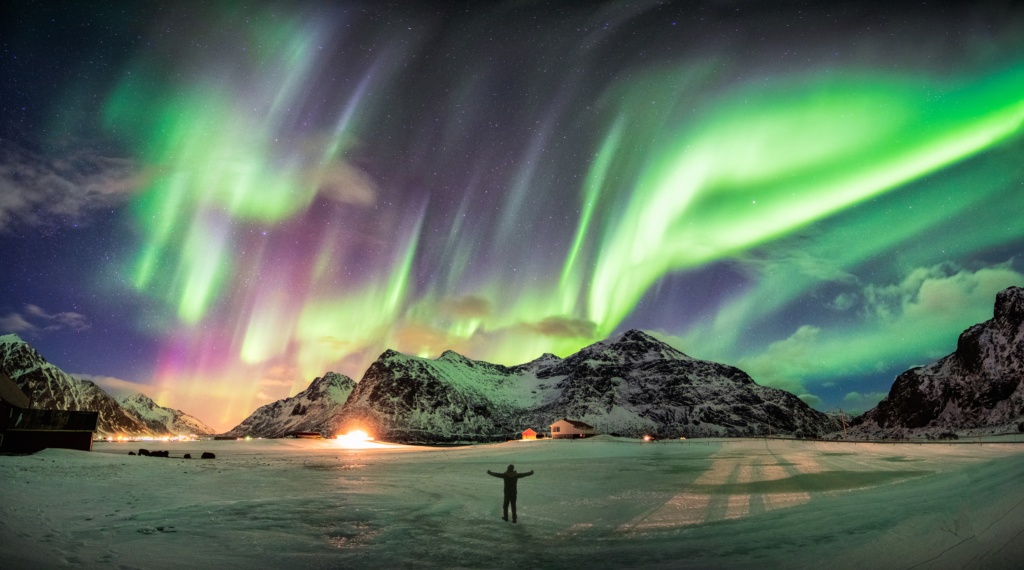 Witnessing the northern lights is a transformational bucket-list experience that many people wait years -even a lifetime- to see, since the conditions need to be perfect for this spectacular display to take place.

The bright dancing lights of the aurora are collisions between electrically charged particles from the sun that enter the earth's atmosphere. The lights are seen above the magnetic poles of the northern and southern hemispheres.

They are known as ‘Aurora borealis’ in the north and ‘Aurora australis’ in the south. AuroraL displays appear in many colours although pale green and pink are the most common. Shades of red, yellow, green, blue and violet have been reported. The lights appear in many forms from patches or scattered clouds of light to streamers, arcs, rippling curtains or shooting rays that light up the sky with an eerie glow.

Located just two degrees below the Arctic near international airport and close to the impressive Denali National Park, Fairbanks is the best place in the U.S. to take in the northern lights. It even has its own forecast system and offers tours to take visitors far from city lights.

This Northwest Territories capital on the shores of Great Slave Lake boasts its own Aurora Village and special activities for northern lights tourism. Canada is an aurora viewing paradise, thanks to its northern latitude and low light pollution; elsewhere in the country, Wood Buffalo and Jasper National Park are popular viewing spots.

The largest urban area in northern Norway is 217 miles north of the Arctic Circle, but thanks to the Gulf Stream the coastline has surprisingly moderate temperatures. It also has beautiful scenery, magnificent fjords, and the Lyngen Alps.

Sweden’s northernmost town of Kiruna is a gateway for nearby attractions. There is the ICEHOTEL, mountainous Abisko National Park, the local Sami culture, and plentiful reindeer. A short drive from the town takes you to a good spot for aurora viewing. The weather here is much more stable than the Norwegian coast, but it’s colder too. In Finland’s Lapland region, Rovaniemi serves as a gateway town to nearby national parks – where in winter you can spot frozen snow-covered trees called Tykky sculptures along with the northern lights.

It’s possible to be too far north to see the northern lights – such is the case in northern Greenland. But head farther south for beautiful auroras and attractions like Qaleraliq Glacier, which has small floating icebergs even in summer.

To increase your chances of seeing this spectacle, you should time your trip to a new moon. Since the northern lights can appear—and disappear—in a snap, it’s important to be on alert throughout the night. Another tip: Weather is also key. Try to find a place where the sky is clear, dark and free of clouds.

Lifestyle
GLOBAL TOURISM BACK TO BUSINESS