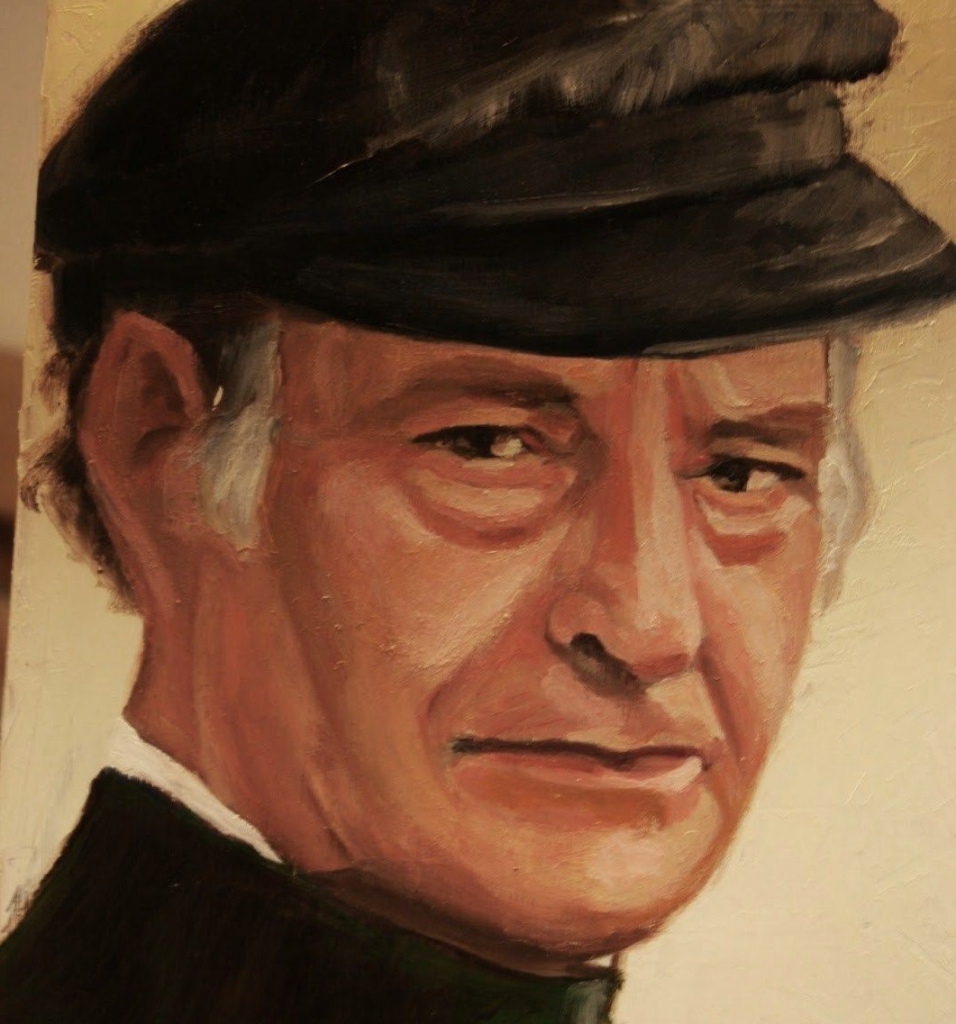 Elytis was born in Heraklion on the island of Crete and his pen name was Odysseus Alepoudellis. Later his family settled permanently in Athens where the poet finished his secondary school studies and later visited the Law School of the Athens University. His first appearance as a poet in 1935 through the magazine “Nea Grammata” (“New Culture”) was saluted as an important event and the new style he introduced – though giving rise to a great many reactions – succeeded in prevailing and effectively contributing to the poetical reform commencing in the Second World War’s eve and going on up to our days.

He lived in Paris for a short time after the Greek military coup of 1967. His later works include Ho hēlios ho hēliatoras (1971; The Sovereign Sun), Ta eterothalē (1974; “The Stepchildren”), Ho mikros nautilos (1986; The Little Mariner), and Ta elegeia tis Oxopetras (1991; The Oxopetra Elegies). The Collected Poems of Odysseus Elytis (1997) is a volume of his poetry in English translation.

“When the first rain dropped the summer died. The words that starlight had born were saturated, all the world had as their only destination, You!”

This romantic verse came from “The Axion Esti” (1959) written by Odysseas Elytis, one of the greatest poets of modern Greece. “Axion Esti” is inspired by the memories of the 1940-1941 war, the German occupation, the Greek resistance and the Greek Civil War that followed. However, Elytis gave a romantic shape, too.

Elytis has a living experience of all these crucial phases of the modern Greek history and understands them as aspects of the timeless siege of Greece by the forces of Evil. Axion Esti was made into a song and was generally enthusiastically received by the Greek readers and the literature critics. This did not happen only due to its artistic value, but also due to its operation as a fundamental work that redefined the Greek collective unconscious by elaborating repressed experiences and myths from the modern Greek history.

During his life (1911 – 1996), Elytis came in touch with significant Greek painters, poets and authors who influenced his artistic expression. His significance was highlighted when he awarded with a Nobel Prize in Literature in 1979. The choice of the Swedish Academy of Letters came as a surprise nonetheless.

The academy declared in its presentation that his poetry ``depicts with sensual strength and intellectual clearsightedness, modern man's struggle for freedom and creativeness``.
His words, upon acceptance of the Nobel Prize, gave evidence of this deep regard for his people and country: “I would like to believe that with this year’s decision, the Swedish Academy wants to honor in me Greek poetry in its entirety. I would like to think it also wants to draw the attention of the world to a tradition that has gone on since the time of Homer, in the embrace of Western civilization.”
People
NANA MOUSCHOURI

“I feel 110 percent Greek” Tom Hanks once told. Now, there is no longer need to call him a philhellene, but plain Hellene, as he is officially a Greek citizen since December 2019.

Twice an Olympic champion and a three-time Mistral class world champion, Nikos Kaklamanakis is our Greek god, a model athlete and a symbol for Greek youth.

Giannis has been named the NBA Most Valuable Player for the 2018-19 season, and his emotional acceptance speech was all over the news, but there is more to admire in him than just a great basketball player.