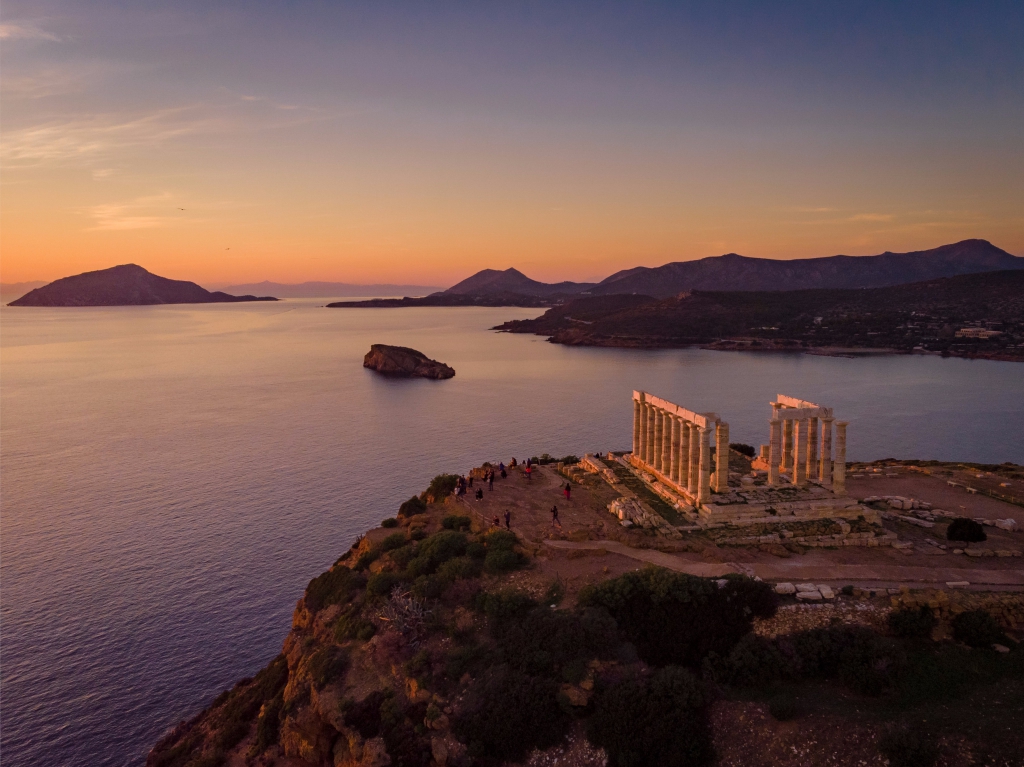 POSEIDON TEMPLE: A SANCTUARY BY THE SEA

The temple of Poseidon one of the most important sanctuaries in Attica, lies at Sounio. Sounio is located on the southernmost tip of Attica; it is the end point of the Athenian Riviera, where the horizon meets the Aegean Sea, at a 69km distance from Athens. Made entirely of white marble, it was erected in the middle of the 5th century BC and built to honour Poseidon, god of the sea.

It is thought that the temple was built by Iktinos, the architect of the Temple of Hephaestus in Athens’ Ancient Agora. He decorated the temple with sculptures made of Parian marble, which depicted the labours of Theseus as well as battles with Centaurs and Giants (Gigantes). The temple is of Doric style, supposedly on the location of an even older temple.

Sporadic finds point to the conclusion that the site was inhabited in the prehistoric period but there is no evidence of religious practice in such an early date. “Sounion Hieron” (sanctuary of Sounion) is first mentioned in the Odyssey, as the place where Menelaos stopped during his return from Troy to bury his helmsman, Phrontes Onetorides.

“Place me on Sunium’s marbled steep, where nothing, save the waves and I, may hear our mutual murmurs sweep…” Lord Byron.

Byron was so impressed by Sounion that he carved his name on one of the columns.

Make the most of your visit at the temple of Poseidon by indulging in a refreshing swim in the small beach or in any one of the neighbouring beaches in Legrena or Lavrio! On a clear day you can see Kea, Kythnos and Serifos to the southeast, and Aegina and the Peloponnese to the west. Treat yourselves to some fresh fish and seafood in the local tavernas. Drink in the lovely sunset view next to your better half – in one of Attica’s best locations – having the ancient temple as a backdrop and facing the deep blue sea!