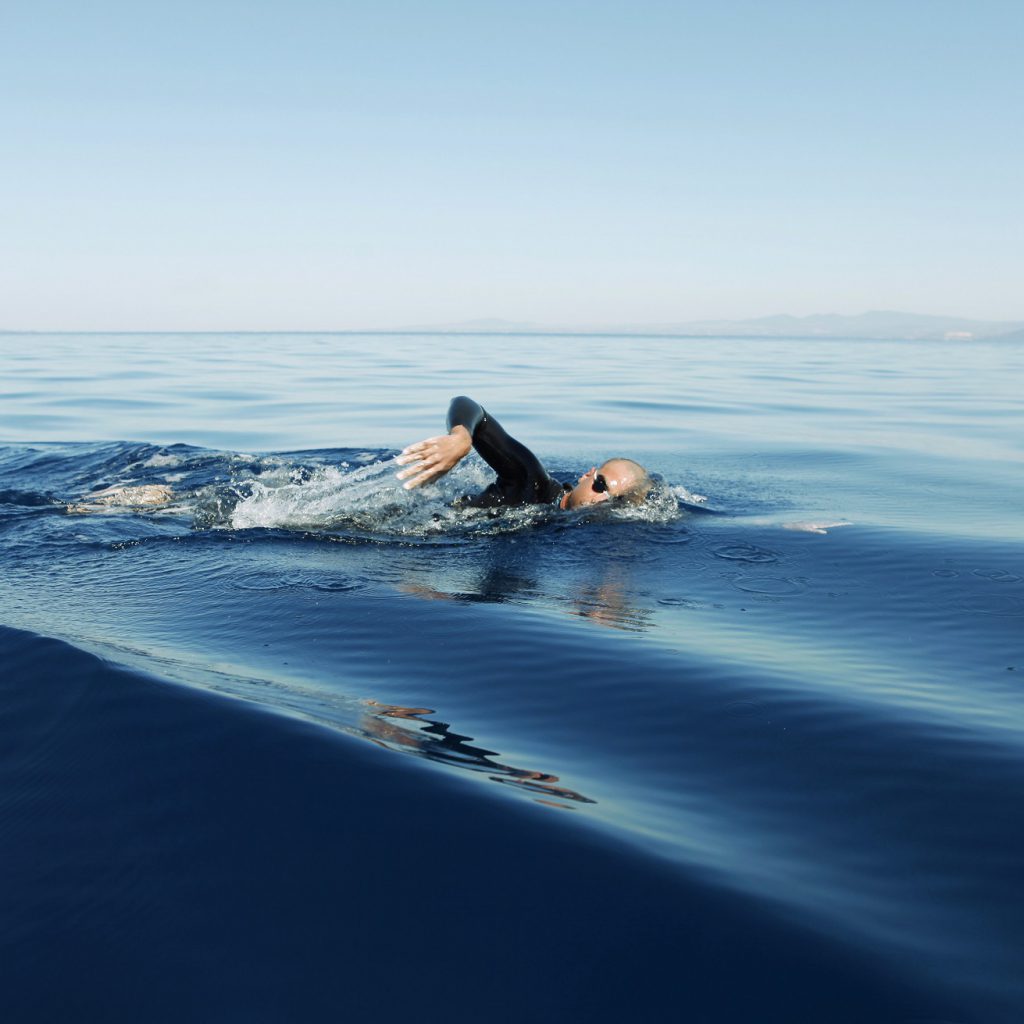 Some people claim he is a fish look alike as human, a man designed to live in the sea. But maybe the best way to describe Spyros is a man with no limits.

His story is simple. He is a Greek long distance swimmer with one great dream.
He craves to put Kastelorizo, the easternmost Greek island, on the map, by swimming 140km nonstop from Rhodes.

But this is not his first time being out of this world and pushing the limits. He has already won distinctions in pool games and took part in triathlon races, even in Hawaii. Last year, in July 2017, he completed successfully the crossing of Toroneos Gulf, not one but four times in 34 hours. A distance of 104 km. That was only the warmup for the Rhodes-Kastelorizo attempt. Highlight the fact that no man until now has tried it.

On Monday, October 8, he began his endeavor to connect the capital of Dodecanese with the south earnest gate of Europe. After 30 hours of swimming 100 km, he decided to climb onto the boat that accompanied him. The second night of this great effort and while approaching the Kastelorizo shores, the weather conditions where extremely dangerous. The blowing winds of 5-6 Beauport in the area and a local phenomenon near the Turkish coast, caused nausea to Spyros.

He may not completed his personal goal, but he achieved to be a true ambassador of his country. Τhe world sees a man overcoming his boundaries and that alone provokes emotions. It was our great pleasure and honor to host him and his team at Mitsis Grand Hotel in Rhodes. We are waiting for his next goal!

Catch a glimpse of his great effort at https://www.youtube.com/watch?v=6YIJ7GC-Uq8

The ‘H2O, 2 parts Heart, 1 part obsession’ is a film by Dimitra Babadima, produced by Oneman, on the occasion of the quadruple passage of the Toroneos Bay by a man whose natural environment is water.

Mitsis Hotels together with Chris Houseas, crave to shape the appreciation and the memory of a visit to our bars, delivering high quality culinary and bar sessions to each one of our guests!

Spyros Gianniotis is a Greek swimmer, a World & European Champion and an Olympic medalist. He was born in England, on 19th of February 1980.

With the staged self-destruction of his own 1.4 million dollar painting at an auction, Banksy shocked the world and cemented his status as one of the most fascinating and unpredictable artists of our time. Art dealer Steve Lazarides is the man that discovered him.

Twice an Olympic champion and a three-time Mistral class world champion, Nikos Kaklamanakis is our Greek god, a model athlete and a symbol for Greek youth.