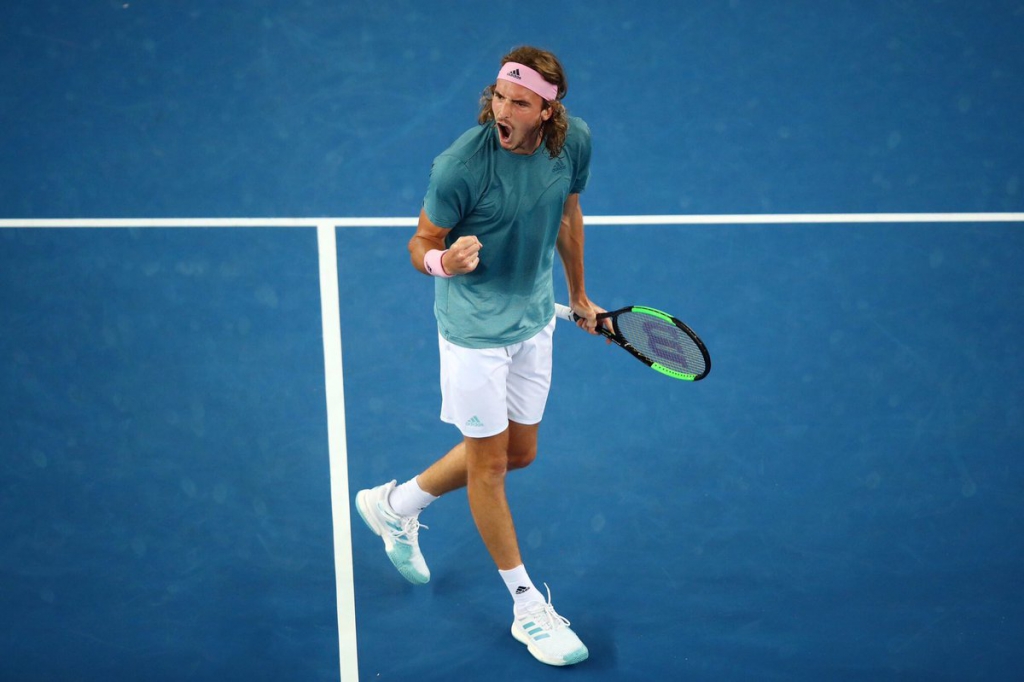 Stefanos Tsitsipas became the first Greek player to win an ATP title, climbing the global tennis rankings!
Stefanos might be young at age but he is certainly great in talent and dedication!
At only 20, he already shines among the top world tennis players and his journey is undoubtedly extremely promising. In Greece, his own country, he became well known only recently, but in countries possessing a tennis cultural, he was already known for some time. They could see his rising star coming!

Sports experts began to take a close look at him since he was at the age of 18. Within two years’ time, he managed to become the top tennis player at his age and reached the Australian OPEN final and he keeps going dynamically, achieving new goals every time. These achievements came a lot sooner than expected. Even those who had predicted that Tsitsipas would reach a high level, were truly surprised by the speed with which the young Greek climbed the steps to the top. Even he seemed surprised: “If you would tell me, two years ago, that I would beat players like Djokovic and Federer and I would play the Grand Slam against Nadal, I would call you crazy. I had it in my mind that I can do that, but not this early” he said during the interviews following his dreamy journey in Melbourne.

Somehow, Tsitsipas has now become “Tsitsifast”, although he argues he is not in a hurry.
He keeps his feet on the ground as constantly emphasizes that the road to success is long. Hard work and systematic training is the only way not to ruin what was already achieved and all his efforts go in vain. A disciplinary task seemingly difficult for a 20-year-old, but not for Stefanos, who was schooled in this type of strict life. Stefanos trains abroad, far from Greece and is now a member of the famous Monaco based tennis academy of Patrick Muratoglou. The world’s tennis elite treat him as “the next big thing” of the field. Sports legends such as Roger Federer, Novak Djokovic and Rafael Nadal are bowing to his talent and declare that this young man will be their successor at the top.
Stefanos Tsitsipas is unstoppable and we cannot wait to applaud his next hot shots!
People
GREENPEACE

Mitsis Hotels together with Chris Houseas, crave to shape the appreciation and the memory of a visit to our bars, delivering high quality culinary and bar sessions to each one of our guests!

A remarkable person with an untamed spirit, well known for his philanthropic activities all over Greece through the Ark of the World, can only be described as a modern hero in our society.