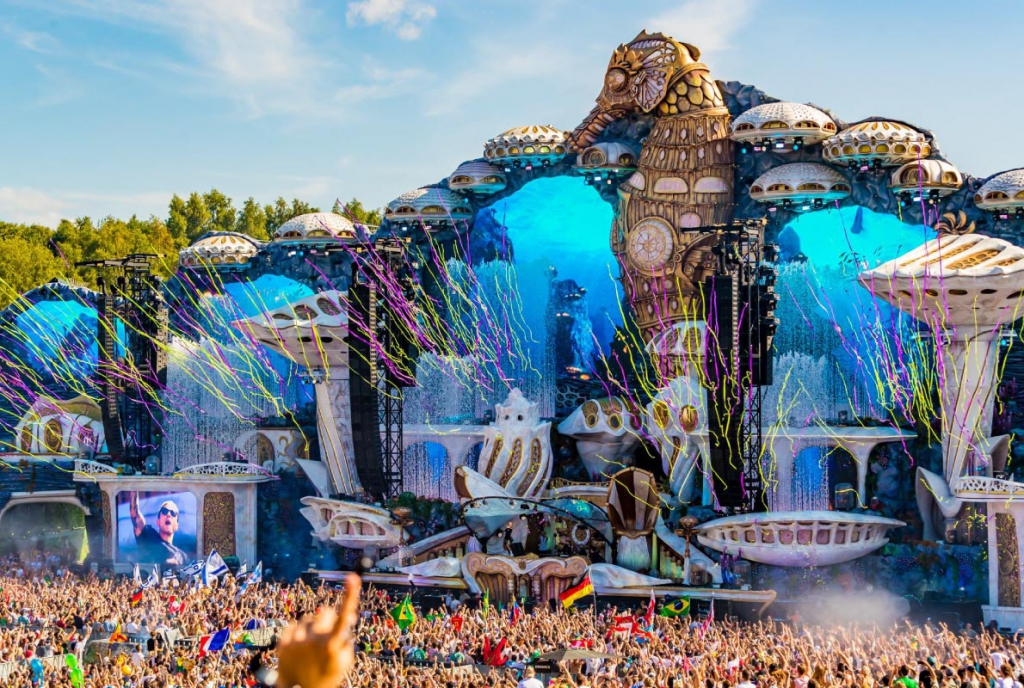 The best time to enjoy a festival is definitely the summer. Europe offers each year thousands of them, especially in July. There are so many options that it’s really hard to choose.

Among the most famous is Tomorrowland taking place in Boom, Belgium, on 19-21 July and 26-28 July. Simply put, it is the biggest electronic music show on earth. So, fans flock from all over the world travel at Dreamville. This year’s festival lineup includes: The Chainsmokers, Armin van Buuren, Carl Cox, Martin Garrix, Dimitri Vegas & Like Mike, A$AP Rocky, David Guetta and Adam Beyer.

Another popular music festival is Roskilde (29 June up to 6 July 2019) in Denmark. It was created in 1971 by two students as a festival for hippies and has since grown into one of the largest music festivals in Europe with thousands of followers. This year, the festival management has secured The Cure, Travis Scott, Jon Hopkins, Jungle and others.

Balaton Sound in Hungary (Zamárdi) is also a famous music festival, taking place this year on Wednesday 3 up to Sunday 7 July 2019. It’s one of Europe’s biggest open-air festivals, lasting three days on the beach. This year stars are Tiesto, Armin van Burren, The Chainsmokers and Sean Paul. Tickets: From €179 for a three-day pass.

It’s known for its quirky campsite located next to the festival – think colourful tents and a very own swimming pool.
This year’s headline acts include Blof, Brennan Heart, Lucas and Steve, Warface and Cascada.

Bilbao BBK (12-13 July 2019) is an annual pop and rock music festival in Spain that’s sponsored by BBK, a local savings bank. The festival is held in the beautiful countryside, atop the Kobetamendi Hill, including this year Liam Gallagher, The Voidz, The Strokes, Weezer and Vince Staples.

Electric Castle (17-21 July 2019) takes place at the Transylvanian Bánffy Castle in Romania. The five-day event sees the 16th century castle light up and thump with electronic, reggae and other sub-culture genres of music.

Running of the Bulls

Running of the Bulls (6-14 July 2019), a cultural festival in Pamplona, Spain, dates back to 1591, when the fiesta was celebrated to honor San Fermin, patron saint of Navarra. The annual event now draws in over a million revelers with its energetic parties and the anticipated bull run that typically lasts between three to four minutes through the streets.

Tour de France (6-28 July 2019) is an annual cycling race, held since 1903. Every year, it brings in riders and spectators from all over the world. It’s primarily located in France, but the route extends to various other places around the globe.

On the 3rd of July takes place the popular epic horse race of Palio. This is one of the most important events held yearly in Siena, Italy. The sporting event has deep religious roots and dates back to the Medieval Ages.

On May 13th, the European Commission issued guidance on how to resume travel safely, thereby rebooting Europe’s tourism industry. From Italy to Spain, countries around the world are slowly relaxing their lockdowns, easing into a new normal. Greece will allow direct international flights from 29 countries starting June 15.

Healthy meals that fit in one bowl are quick and convenient. The following recipes are complete meals and layer everything you could want for a healthy dinner.

From France to India, groups of animals including sheep and flamingos have started to come out to explore this new world in search of food or just to play.

READ MORE
Lifestyle
SLOW DOWN AND RECONNECT WITH WHAT MATTERS MOST

This is the chance to slow down and reconnect with what matters most… with your personal needs, with your family, with nature, with lifetime experiences.