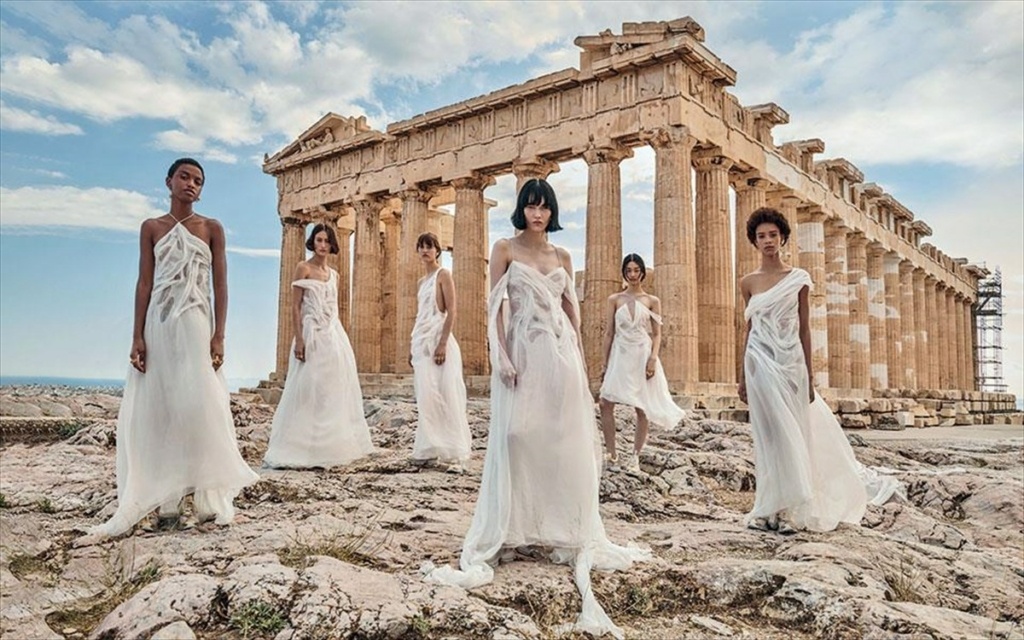 For the last 18 months and the past three fashion seasons, the concept of a traditional fashion week has not existed. As a result of the ongoing Covid-19 pandemic and the social restrictions that have come with it, designers have not been able to host catwalk shows in the way we once knew them, with many fashion houses turning to digital formats or hosting audience-free shows, with some even forgoing the concept altogether. However, last September, we saw more in-person fashion shows than we have experienced for a very long time.

The schedule began in September in New York City, where there was quite the buzz around the shows as fashion’s finest flew into town for the Met Gala. The fashion set then headed to London, Milan and Paris, where there was be plenty of excitement with the return of the front row, debut designer collections and a beautiful tribute to the late Alber Elbaz in Paris, where 40 designers have paid homage to his work with a collection dedicated to the couturier.

We round up every major catwalk moment you need to see from New York, London, Milan and Paris as designers across the globe presented their spring/summer 2022 collections.
Celine
Celine chose to present its spring/summer 2022 collection on Nice’s historic Promenade Des Anglais, a site which was built in the 18th century by the English aristocracy who took up a second home for their winter residence. The collection, entitled ‘Baie des Anges’, nodded to this historic setting, and was presented via a beautiful catwalk film, directed by Hedi Slimane himself, and starring Kaia Gerber.

The elements were depicted throughout the collection, from dreamlike cloud prints to clothes inspired by the unpredictability of storm chasing, and variations on the glittering night sky.
Louis Vuitton
Nicolas Ghesquière described the spring/summer 2022 collection as “le grand ball of Time”, celebrating opulence with a fairytale collection that nodded to the house’s history but with the relaxed touches that the creative director has become known for. Louis Vuitton is currently celebrating what would have been its founder’s 200th birthday, so it was certainly a fitting mood – and a beautiful end to the first real-life Paris Fashion Week we’ve been treated to in a few years.

As if we needed any more confirmation that the Nineties are the current decade of inspiration, Virginie Viard paid tribute to Karl Lagerfeld’s supermodel-studded catwalks of the decade with a show that recreated the traditional runway setting, complete with photographers leaning onto the catwalk.

The collection – which was filled with Nineties swimwear and Clueless-inspired skirt suits – was an ode to the creative director who came before her.
Valentino

“Change of perspective. Fashion is imagined in the studio and created in the atelier, but it is on the street that it becomes alive and real, meeting the imperfection of existence, day after day, lit by the unique identity of the wearer.”

Pierpaolo Piccioli brought this idea to life by blurring the lines between the insider and the outsider, staging the show at the marketplace at the Carreau du Temple, and the nearby cafés and restaurants, where models walked through the public streets for all to see, before heading into the official showspace. The collection also paid tribute to the Valentino archive, recreating five iconic pieces to be worn in new ways. It was the first ready-to-wear show held by the house since the pandemic began, and was entitled ‘Valentino: Rendez-Vous’.

Lifestyle
THE 10 MOST PEACEFUL COUNTRIES IN THE WORLD

READ MORE
Culture
THE BEST NEW MUSEUMS IN THE WORLD

This is Athens City Festival is an initiative of the Athens Development and Destination Management Agency.