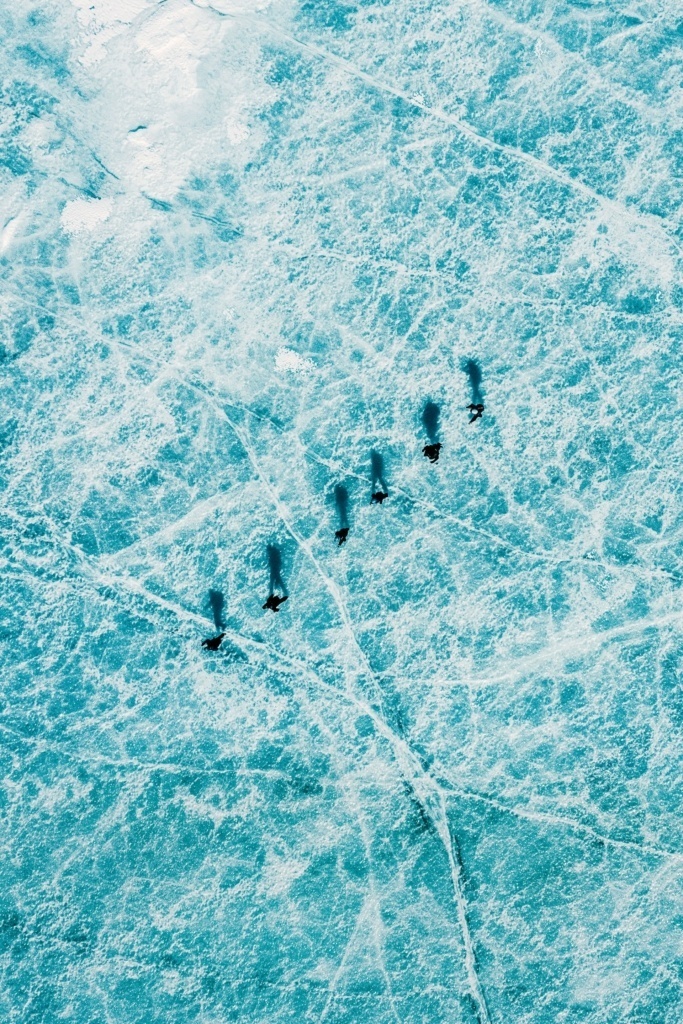 THE SEVEN WONDERS OF THE WORLD FOR 2022

Conde Nast author Aaron Millar elects a new ‘Seven Wonders’ every year: the most awe-inspiring places on the planet for stargazing, wildlife spotting and astonishing panoramas.

Of the original Seven Wonders of the World, only one — the Great Pyramids of Giza — still exists. The Hanging Gardens of Babylon, the Lighthouse of Alexandria, the Temple of Artemis, the Colossus of Rhodes, the Statue of Zeus at Olympia and the Mausoleum at Halicarnassus have all faded to dust. These, instead, are seven new wonders for our time. They are the Acropolis of our day, the Stonehenge of now. Which also means they can be seen firsthand. And so they should. Because the real magic of wonder is not in the thing itself, but in the fact that the more you look for wonder in the world the more the wonder of the world becomes a part of you.

Wonder is more than just a good feeling; it is a seed from which our greatest treasures grow. Wonder is a nourishment for the soul.
We are the only animal on earth, as far as we know, that can be moved to tears by a sunset, that marvels at the stars at night, that feels awe, and humility, at the achievements of our past.

These days, Yellowstone is one of the last truly wild landscapes of the American West, a place where Grizzly bears, wolves and herds of bison still roam free. Its true wonder is its geyser basin, the largest on Earth, and home to some 10,000 hydrothermal features, including more than 300 active geysers, and the densest concentration of steam vents, mud pots and hot springs found anywhere in the world.

It’s like walking on another planet. Sapphire pools circled in lines of bright red and orange, like fallen rainbows, bubble from the ground, thermal jets shaped like beehives hiss steam in the air, and in the centre of it all is Old Faithful, erupting a column of superheated water 180 feet into the air every 90 minutes, like clockwork.

The greatest wildlife show on Earth just got a little better. In November 2021, the Ecuadorian government expanded the protected Marine Reserve of the Galapagos Islands by more than 23,000 square miles meaning there is now more of this wonderland to explore than ever before.

There is nowhere else like it on earth. Located 600 miles off the coast of Ecuador, this tiny archipelago has the highest level of endemism anywhere on the planet, and birds, reptiles and amphibians exist here and nowhere else. But what’s truly remarkable is that they are unafraid.

Isolated for millions of years, the creatures of the Galapagos have evolved with almost zero human contact. As a result, this is the only place on Earth where we are not seen as alpha predators. Darwin’s Finches perch on your shoulder, sea lions waddle over to play; it’s possible to walk through enormous breeding grounds of waved albatross as invisible as the breeze.

This winter all eyes will be on Beijing as the host of the XXIV Winter Olympic and Paralympic Games – and, despite the recent controversy, one thing is indisputable: this ancient palace complex is one of the most beautiful pieces of architecture ever conceived.

Located in the heart of Beijing, this enormous city within a city houses some 980 buildings and close to 10,000 individual rooms, each adorned with priceless treasures, and is the largest palace complex in the world. But for centuries almost no one was allowed to see it. From 1429 to 1911, successive emperors ruled their kingdom from inside these walls and it was forbidden to so much as peer inside.

Today, its secrets have been unlocked but that doesn’t make it any less impressive. Red zhennan wood buildings with yellow roofs and golden filigree are spread out across enormous courtyards, large enough to hold more than 100,000 people. Grand Halls raised on three-tier marble terraces sit side-by-side with exquisitely designed temples. And in the centre of it all, the Dragon Throne is adorned in precious jewels and carvings of 13 dragon figures, the symbol of the emperor himself. Those ancient days may be gone, but to see it with your own eyes is to feel that forbidden world come alive once more.

Antarctica
Wednesday 5 January 2022 marks 100 years since Ernest Shackleton’s death. He was in Antarctica at the time, on his fourth expedition there, attempting the first circumnavigation of the continent. He never completed that mission, but it was a fitting end for one of the greatest polar explorers in history.

Antarctica captivated Shackleton all his life and it’s easy to see why. It is both the largest desert on Earth and the largest single mass of ice on the planet, covering some five million square miles, almost double the size of the entire United States. In places, the ice is more than 15,000 feet thick. Entire mountain ranges are buried under the frozen bulk. Icebergs bigger than cities calve into the sea (the largest ever seen was seven times the size of London).

Antarctica is known as the ‘Last Continent’, and its preservation has never been so crucial. That, perhaps, is what kept drawing Shackleton back, and what keeps drawing people here to this day. To see it with your own eyes is a wonder unlike any other: killer whales breaching the arctic depths, colonies of emperor penguins tens of thousands strong, a world of pure wilderness.

Ever since archaeologist Howard Carter opened the tomb of Tutankhamen a century ago, the world has been under its spell. But while King Tut gets much of the fame, his tomb is only one part of the extraordinary Valley of the Kings, which holds dozens of the elaborately decorated burial chambers of some of Egypt’s greatest pharaohs alongside its most treasured temples and monuments.

And it just got better. The Grand Avenue of the Sphinxes was unveiled on 24 November 2021 following decades of painstaking restoration. Linking the ancient temples of Karnak and Luxor – two of Egypt’s most spectacular archaeological sites – this 3,000-year-old, 1.7-mile road, which is lined with hundreds of statues of sphinxes and rams’ heads, was once used for religious parades and festivals.

For centuries it was buried in sand and lost to history. Now, for the first time, it can be walked again.
Northern Lights, Yukon, Canada

Watching the dancing colours of the Northern Lights is one of the most awe-inspiring experiences on the planet: waves of green, pink and blue sway across the night’s sky, shimmering like a giant’s fire.

No matter how you see them, the Aurora is always an incredible experience. But now there’s a new way, which elevates that wonder up to another level. The ground-breaking Aurora 360 experience is an exclusive Northern Lights viewing flight, which takes you 36,000 feet above the clouds to give you the closest and most immersive view possible.

Departing from Whitehorse, deep in Canada’s Yukon territory, the private charter jet holds just 70 seats and is guided by dedicated Aurora scientists, guaranteeing you’ll fly straight to the heart of the action.

When the Indigenous people of the Yukon witnessed those fiery lights they saw the spirits of animals and their ancestors soaring above them. Now, for the first time, you can do more than stand in awe. You can soar with them too.

The Colosseum is the ultimate symbol of the might of the Roman Empire. For more than 400 years this enormous amphitheatre, the largest and grandest of its time, staged some of the bloodiest gladiatorial battles in history. Upwards of 50,000 people at a time would watch people and animals battle to the death in carefully orchestrated theatre.

They needed a staging area. So, the architects designed an elaborate series of tunnels underneath the arena’s floor to house the gladiators, and cage the beasts, as they readied for combat. For close to 2,000 years, no one has been allowed to enter. Until now.

525 feet of underground walkways and chambers were opened to the general public on 25 June 2021 for the first time. Walk-in those gladiators’ footsteps and it’s easy to imagine the roar of the crowd, the sharpening of swords, the brutality, and ingenuity, of one of the biggest empires the world has ever known.

Explore, dream and feed your spirit well!
Culture
THE BEST NEW MUSEUMS IN THE WORLD

Experience your Greek getaway to the fullest by attending the best upcoming cultural events the country has to offer for the summer season of 2022.

When thinking about how to reduce our individual carbon footprints, one of the simplest ways to cut back on emissions is to fly less often. But for those who want to see the world, there are ways to make trips more sustainable, including where you go, what you pack and how you decide to get there.