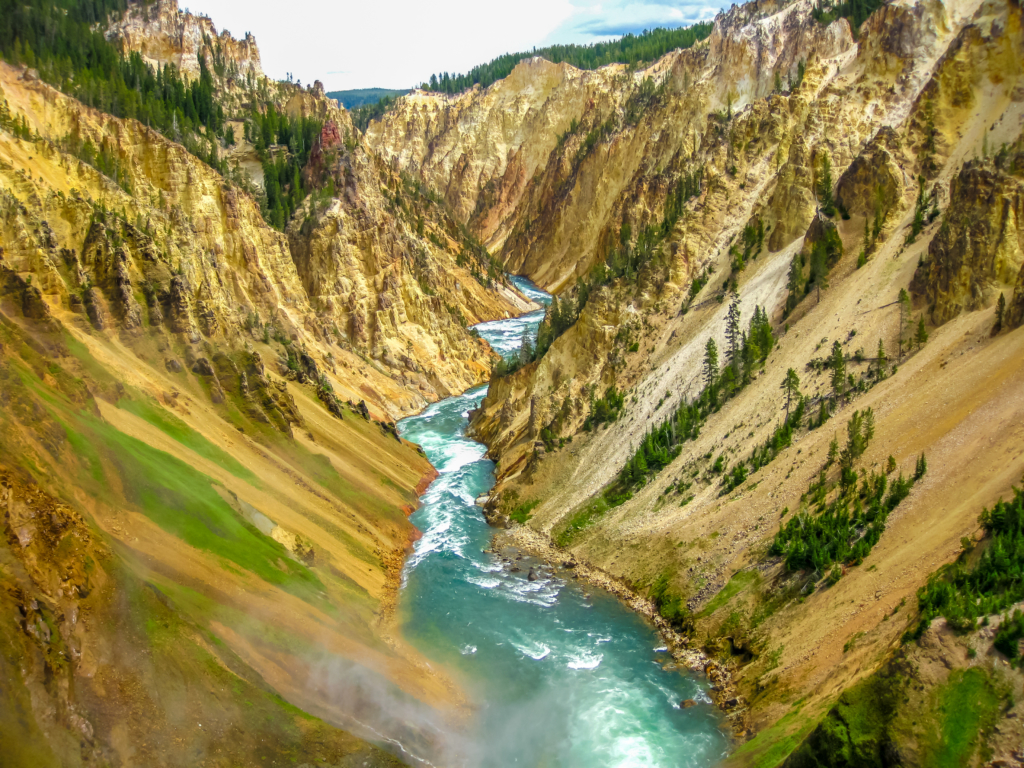 Whether you are hiking through a sea of sand in Namibia or on an expedition in Antarctica, exploring the Grand Canyon or marveling at the baobabs in Madagascar, these are the best places in the world to just get lost in the natural world.

Antarctica
You may think you’ve kayaked in some extreme spots, but nothing beats an afternoon paddling in Antarctica. Zodiac boats are great, but there is nothing quite like the on-water perspective that kayaking provides. Paddle around icebergs, past wildlife such as seals and penguins, and if you are lucky you may even see some whales. This activity is extremely dependent on the weather, so do not get too disappointed if you can’t hit the water. But if you do manage to paddle around the 7th continent, there is no doubt this will be a story you tell friends for years to come.

Grand Canyon
No matter how much you have read about the Grand Canyon or how many photographs you have seen, nothing really prepares you for the sight of it.

One of the world's seven natural wonders, it is so startlingly familiar and iconic you can't take your eyes off it.
The canyon’s immensity, the sheer intensity of light and shadow at sunrise or sunset, even its very age, scream for superlatives. At about two billion years old – half of earth’s total life span – the layer of Vishnu Schist at the bottom of the canyon is some of the oldest exposed rock on the planet. And the means by which it was exposed is, of course, the living, mighty Colorado River, which continues to carve its way 277 miles through the canyon as it has for the past six million years.

Avenue of the Baobabs
Baobab trees, which grow up to 100 feet tall and 30 feet wide, carry a prehistoric grandeur worthy of their title as Madagascar’s national tree. Of the six ancient baobab species native to the African island, only the largest, the Adansonia grandidieri, lines the Avenue of the Baobabs on Madagascar’s west coast. Along this quarter mile stretch of unpaved road, the trees awaken during the dry season. From June through August, at sunset you can watch as the baobabs’ brown buds open to reveal white flowers bursting with stamen. In September, when prime birding season begins, those with binoculars can catch a glimpse of yellow-plumed Sakalava weavers constructing hivelike nests in the trees’ lofty branches. Or, wander over to one of the baobabs just off the avenue and climb the peg ladders built by locals for your own bird’s-eye view.

Baranof Island
Baranof Island is a land of enchantment. Home of the Tlingit Native people, it is the smallest of the ABC Islands in Alaska, just over 1,600 square miles in size.

According to locals, there is a grizzly bear on Baranof Island for every one of those square miles: this is truly ``bear country.``
You can go on a voyage departing from Sitka, on Baranof Island, and sail up through Glacier Bay National Park and Preserve, to the glowing blue ice of Margerie Glacier. On your way back, stop on a side of the island that is completely uninhabited for a day hike. These southeastern parts of Alaska are temperate rain forests, and everything is green, covered in life and in rich emerald moss.

Cliffs of Moher, Ireland
The Cliffs of Moher are all about the views. Castles, cliffs, distant islands, hidden beaches and rolling green hills are what make this absolutely stunning place, so stunning. The cliffs are one of the most visited sites in Ireland but with a little know-how, you will be able to get a photo with just you or the scenery in it. The official Cliffs of Moher Coastal Walk is 18km long starting from Hag’s Head. Along the route you will have plenty of opportunities to get the perfect photo. From the cliffs, and from atop the tower, visitors can see the Aran Islands in Galway Bay, the Maumturks and Twelve Pins mountain ranges to the north in County Galway, and Loop Head to the south.

Culture
THE MOST STUNNING PRIVATE ISLANDS OF THE WORLD