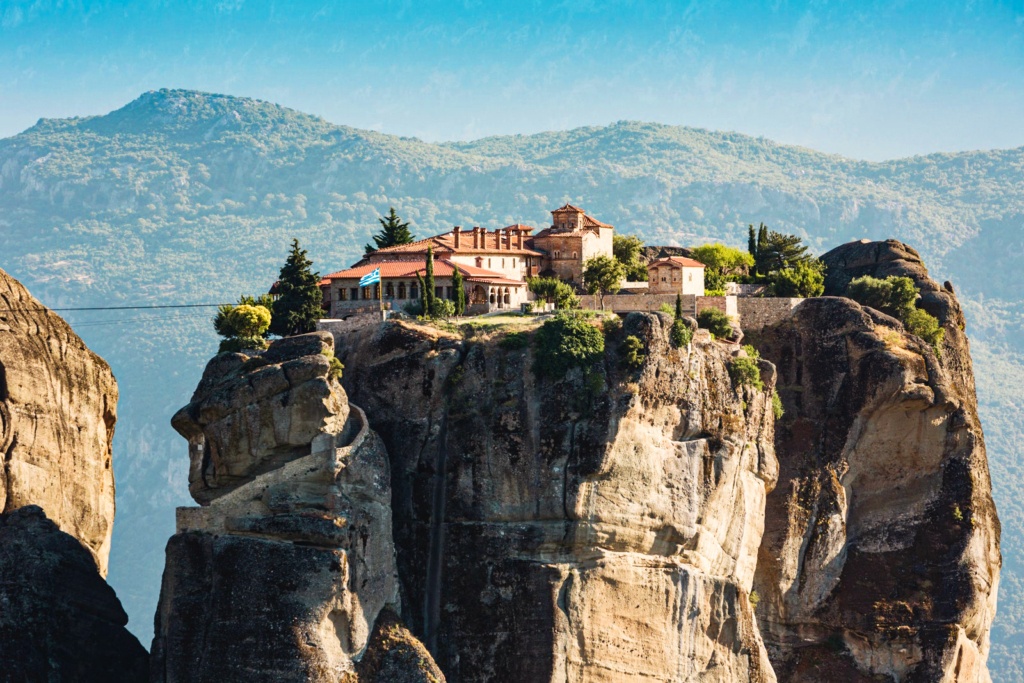 THE WORLD’S MOST SPECTACULAR SACRED PLACES

Spiritual experiences come in many forms, from the religious and intellectual, to those centered in art and nature. And so often, these moments are brought on by travel—sometimes unexpectedly, and sometimes because we journey in search of sacred sites, through pilgrimages, sabbaticals and even solo trips, usually in times when we need an awakening the most.
From Rome to Thailand, in the shape of natural landmarks and houses of worship alike, these are some of the world’s most beautiful sacred places.
Whether you are planning a future visit, or simply looking to appreciate the grandeur of these sacred sites from afar, read on for our favorites.

The wait to enter the Sistine Chapel will likely command hours of your time, but it is well worth it. Painted across the ceiling of the chapel are Michelangelo’s Renaissance frescoes, which depict biblical tales such as The Creation of Adam. Beyond the subject matter of the works, there is a spiritual experience in simply bearing witness to the artistic feat, completed from 1508 to 1512. And, thanks to strict rules on noise levels and photography, you will likely stare up in pure silence, without even the click of a camera shutter to distract you.

Eastern Orthodox monks first occupied the region’s caves in the 11th century before the monasteries were even built. The magical landscape of the Meteora monasteries and rock formations takes you on yet another journey. The Ypapanti monastery is usually open to the public and well worth the four-and-a-half-hour train ride from Athens.

The set of stone buildings are set atop steep jagged cliffs in Central Greece, creating a scene seemingly out of a fairytale.
Stonehenge, U.K.

The true purpose and origin of Stonehenge remains a contested mystery: Theories range from the legendary Welsh wizard Merlin having transported the rocks from Ireland, to the stone circle being a model for female fertility, to a calendar used for seasonal rituals and an astronomical prediction tool for phenomena like solar eclipses. Regardless, the spiritual landmark remains one of the U.K.’s most popular attractions, drawing some 800,000 visitors annually. There are ties to Druidic and pagan culture too and some groups of them still gather at the site to celebrate equinoxes and solstices.

Rising 100 yards above the city of Rangoon, Myanmar’s Shwedagon Pagoda is, according to many travelers, one of the world’s great wonders. The pagoda is famed for holding the relics of four Buddhas and savvy visitors should visit at night to enjoy the chants of the faithful, the wafting incense, and the great golden stupas shining in the spotlights.

This temple in Chiang Rai is one of the more recent constructions on our list, having been built by Thai artist Chalermchai Kosipipat just two decades ago in 1997. The gleaming white structure is an ode to Buddha’s purity, as well as samsara—the cycle of birth, existence, and death. There’s a sculpture of hands raising up from the earth, seemingly from the underworld, beside the bridge leading into the temple, with warrior sculptures flanking each side. But Wat Rong Khun also shows its modernity in many art installations, including nods to superheroes and aliens.

Culture
THE MOST STUNNING PRIVATE ISLANDS OF THE WORLD