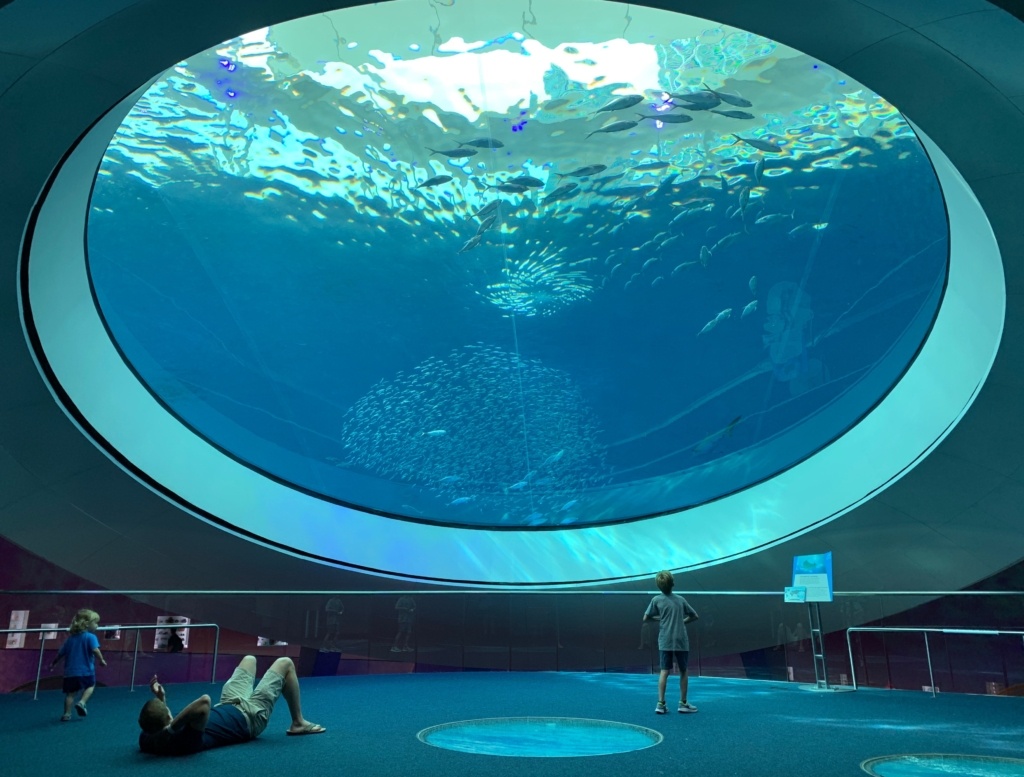 Oceans cover most of the Earth’s surface, yet the underwater world remains a mystery to most people. Aquariums uncover some of these mysteries, making them a top attraction for most tourists all over the world. Here we have gathered for you some of the most extraordinary and breathtaking ones worth a visit.

Opened in 1990, Osaka Aquarium Kaiyukan offers a rich collection of wildlife native to the Ring of Fire area of the Pacific Ocean showcasing underwater among 27 tanks and 16 main exhibits. Its new Interactive Area also allows visitors an up-close interface with the animals creating an unforgettable experience.

The Aquarium of Genoa is a 33,000 square foot exhibit with 12,000 animals, welcoming more than 1.2 million visitors a year. Enjoy underwater life from a collection of 70 tanks while traversing through this uniquely shaped building which is said to resemble a ship ready to sail the high seas!

Cretaquarium or as it is also known, Thalassokosmos is Greece’s largest and most famous aquarium.

The aquarium Cretaquarium is one of the most important aquariums in Europe!
Visitors can wander through the long corridors of the aquarium, observe with microscopes and read informational texts accompanying the sixty tanks with 2,500 species of marine life. In the tanks the visitor will see from big sharks to tiny seahorses and jellyfish. The huge facility conserves and exhibits thousands of Mediterranean Sea creatures.

Melbourne Aquarium is one of the main attractions in Australia! Visitors enjoy the opportunity to swim with the sharks, feed the fish, or spend time with lovely penguins. As it now temporarily closed you can “sea” more sea life through its virtual aquarium and experience marine mindfulness. Watch and listen to guided meditation or maybe try adult colouring to relax.

Spanning 110,000 square meters, the Oceanográphic is the largest complex of its kind in Europe. Visitors can expect an all-inclusive experience of training, leisure, and research across a mix of 10 magnificent areas containing habitats, swamps and marshland and a garden.

uShaka Marine World, South Africa Part aquarium, part theme park, the uShaka Marine World in South Africa certainly stands out from the rest. Among 32 sparkling tanks featuring a variety of unique marine life within a million gallons of water, sea horses, dolphins and sharks are what the spectators like to see. The aquarium is fashioned in the style of a shipwreck which adds a unique charm to the facility.

Lifestyle
THE MOST IDYLLIC BEACH WEDDING LOCATIONS ALL OVER THE WORLD

Only true wine enthusiasts know that the island has one of the oldest wine traditions in Europe. Wander among the vines and taste true Crete on a glass.

READ MORE
Lifestyle
10 CELEBRITIES WHO STRIVE TO SAVE OUR PLANET

You might recognise them for their successful careers in the film, fashion or music industries, but these 10 celebrities are also known for their dedication when it comes to  climate change and how they lead the charge to protect our planet. Being a celebrity is one thing but being human is all that matters after all!