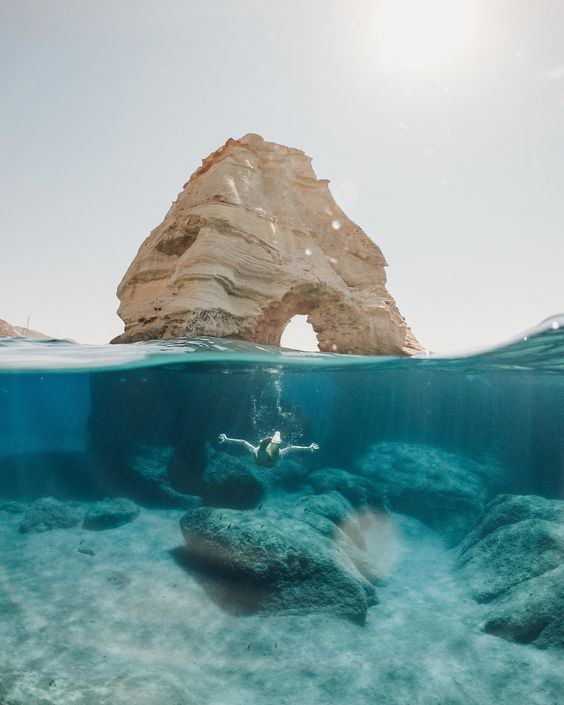 Greek summer is only a breath away and here is our Greece bucket list of 6 experiences you should definitely not miss. Find yourself wandering in the country’s rich history, dive into crystal clear beaches and climb up to breathtaking monasteries. Of course, do not miss the local celebrations and the vivid nightlife.

Visit the awe-inspiring Acropolis in Athens
One of the most fascinating and important historical sights in Europe that needs to be on everyone’s bucket list if making a trip to the continent is definitely the mind-blowing UNESCO World Heritage site, the Acropolis. It is located in the capital of Greece, Athens. Located above the city, the Acropolis is an ancient structure that has been well-preserved and it sits on the edge of a rock with the most famous building there being the Parthenon. It dates back to 800 B.C. to 480. B.C and it was the biggest source of education and culture in ancient Greece.

Volunteer to protect wildlife such as turtles, donkeys, or dolphins
If you love to work outdoors, then this is the perfect opportunity for you to live by the beaches and contribute actively towards the protection of nature and the environment. Being a volunteer for the Wildlife and Environmental Protection in Greece, you’ll be assisting the local conservationists, who have been working here for years, trying to control marine pollution and industrial fishing.

Soak in the beauty of Cretan beaches
The beaches on Crete are some of the best beaches in Greece. Soft, golden sands and crystal-clear waters create the idyllic settings that draw many vacationers to the island. Crete has a mix of pebble beaches and sand beaches, satisfying the needs of every visitor.

From stunning Elafonisi, Balos Lagoon and Falassarna to Vai palm tree forest beach and Matala, get lost in the endless blue.

Climb in the most breathtaking monasteries of Meteora
A visit to Meteora takes you through unique and otherworldly scenic explorations. Perched atop smooth majestic rock pillars, the hanging monasteries and ancient buildings give you the feeling of serenity. Meteora is the largest Archaeological site in Greece and a UNESCO World Heritage Site. While you wander across the sandstones, dramatic views including extraordinary rock formations, hidden houses, lively villages, and fascinating monasteries give you a sight to behold. It’s just like a giant leap back to ancient times. There are many spectacular sunset viewpoints. The charisma of watching the sunset in Meteora is such that words would fall short for their appreciation.

Become a parea at a traditional summer festival – panigiri
A Panigiri is a centuries-old traditional and cultural festival organised during the summer months mainly in the villages of Greek islands and mainlands where the patron saint is celebrated. The Feast begins at the local church in the morning and is followed later by good music, food, local wine and lots of dancing, which are the key elements that make a Panigiri what it is. A Panigiri is a unique and fun-filled experience that should not be missed during your summer in Greece.

It’s a blending of a religious ceremony and social festival you will cherish forever.
Dance the night away at a party
Greece and the Greek islands are famous worldwide for their vivid nightlife and romantic nights out. Bars and nightclubs are part of the country’s nightlife culture and it is impossible to not have a memorable time. Bars in Greece stay open until late at night and each bar plays a different kind of music, from Greek and international pop to alternative rock, jazz, Latin, and much more.
Cover Story
FIND YOUR BLISS IN GREEK SUMMER

Greece is open to visitors, again. A chance to immerse yourself in its unique beauty and rich variety of islands, coastlines, mountains and people. There’s nothing quite like Greece in the summer to make you feel alive…

READ MORE
Cover Story
ALL WE SEE IS THE SEA

Greek summer comes in multiple colours, feelings, tastes, sounds and shapes… One shape that everyone can relate to, from locals to international visitors, is the shape of the water, the shape of the sea.

It’s official: summer is here! No matter if your idea of fun includes jumping in the pool, eating a ton of watermelon, sipping your favourite cocktail, reading your book by the seaside or booking your next holiday in Greece, here’s some inspiration to dive into the hottest season of the year.